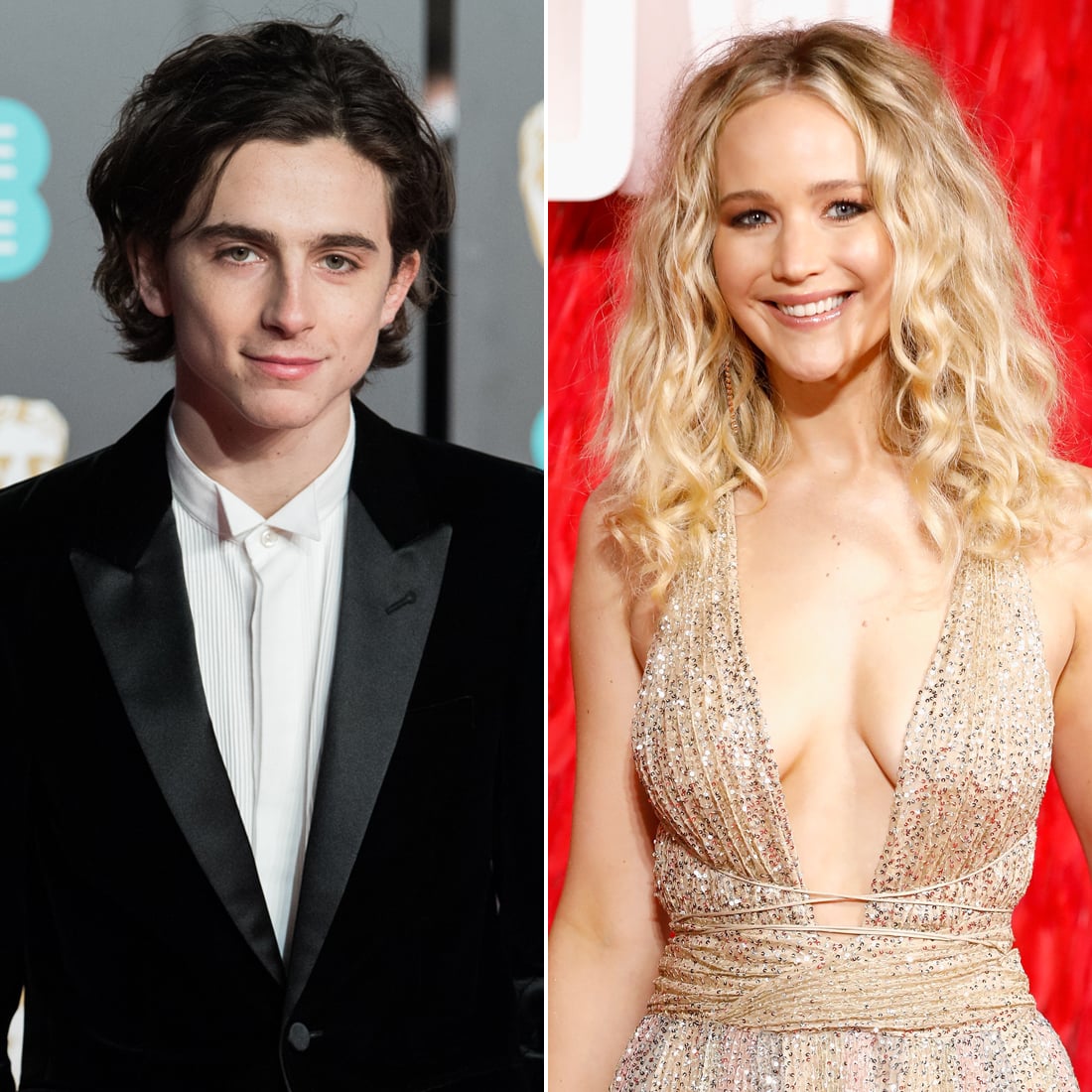 Timothée Chalamet has quickly become a Hollywood fan favorite, thanks to his breakout role in Call Me by Your Name. So much so, in fact, that even Jennifer Lawrence has developed a crush on the 22-year-old star. "Timothée, I'm waiting for him to get a little bit older, you know?" the 27-year-old recently told ET. "[I'm] buttering him up like a pig for slaughter, and then I'm going to swing right in there as soon as he's, like, 30. He's old enough to say that, right? I didn't realize he was so young. Tell him to wait! [He's] so, so talented and hot!"

And it seems like the feeling is mutual. During an interview with The Hollywood Reporter earlier this month, Timothée revealed that his favorite reaction to his character, Elio, in Call Me by Your Name was actually from Jennifer herself. "Getting to meet Jennifer Lawrence and hearing her say she was moved by the film is on one side of the crazy-gratifying experience of this movie," Timothée said. These two would make a pretty cute couple (one day).