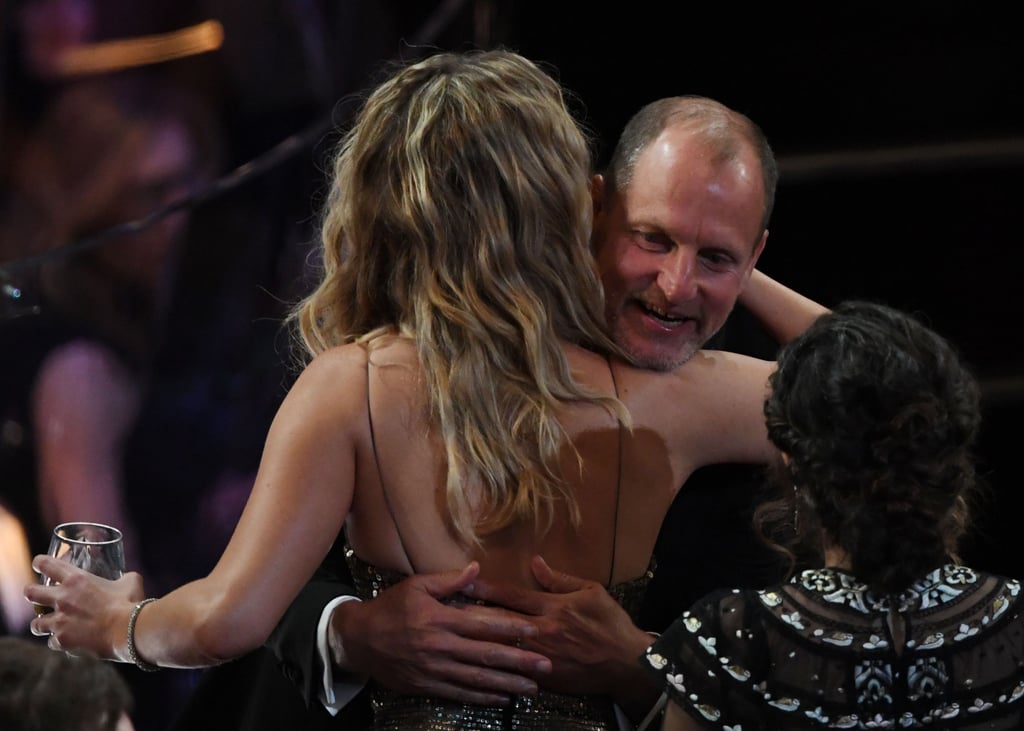 The Odds Were EVER in Our Favor, Because Katniss and Haymitch Reunited at the Oscars

Sure, seeing actors receive some well-deserved recognition for their talent is a worthy reason to watch award shows, but our personal favorite part is witnessing all of the glorious cast reunions that happen when stars cross paths. This year's Oscars gave us an unexpected and nostalgia-packed Practical Magic reunion when Sandra Bullock and Nicole Kidman ran into each other on the red carpet, but it looks like that wasn't the only epic meetup of the evening. Katniss Everdeen and Haymitch Abernathy — er, I mean Jennifer Lawrence and Woody Harrelson — shared a sweet moment together inside of the Dolby Theatre, giving us major flashbacks to The Hunger Games.

Presumably during a commercial break, Lawrence appeared to sneak up on Harrelson, who was nominated for the best supporting actor award for his role in Three Billboards Outside Ebbing, Missouri. The seat-hurdling, wine-toting actress shared an adorable hug with her former costar, and we're feeling forever indebted to the photographer who captured their much-needed reunion (it's been nearly three years since the last installment of The Hunger Games was released!). Ahead, see a few snaps of their moment together, and then check out our favorite photos of Lawrence's epic night. Now, where the heck are Peeta and Effie?