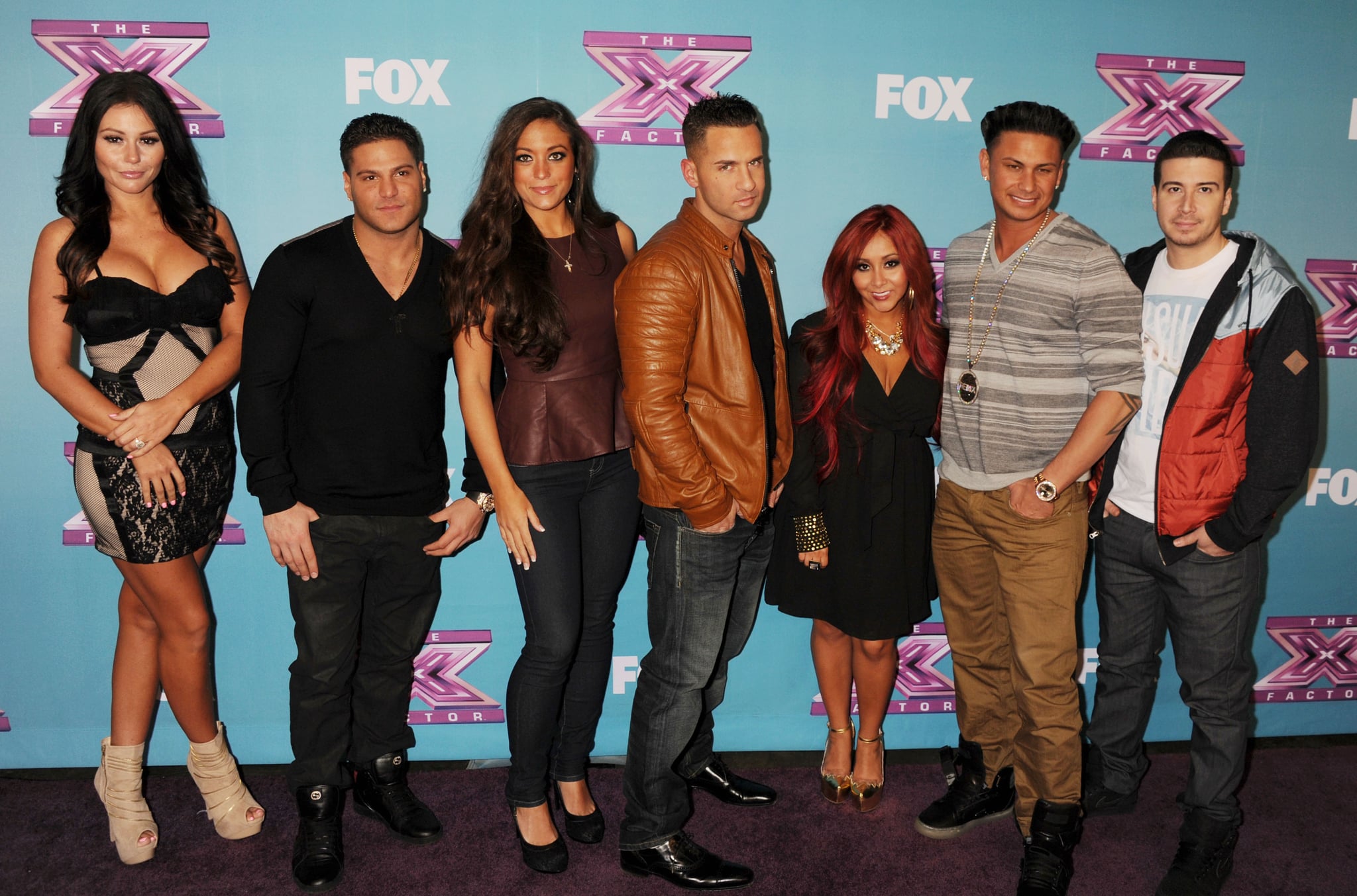 It's been nearly five years since we last heard someone shout "cabs are here!" on Jersey Shore, a problem that MTV has graciously decided to rectify with a reboot. That's right — your favorite tanning bed-loving, bumpit-wearing, graphic tee-selling housemates from the original reality show are preparing themselves for a return to the beach that started it all.

According to The Hollywood Reporter, the reboot — titled Jersey Shore Family Vacation — will feature everyone who appeared during the show's first run except for Sammi "Sweetheart" Giancola and Angelina Pivarnick. Paul "Pauly D" Delvecchio, Jenni "JWoww" Farley, Vinny Guadagnino, Ronnie Ortiz-Magro, Nicole "Snooki" Polizzi, Mike "The Situation" Sorrentino, and Deena Nicole Cortese have signed on for the revival. Creator SallyAnn Salsano, who also serves as a producer on MTV's recent Floribama Shore, is returning to the breakout hit along with her 495 Productions company, and will oversee the show when it premieres sometime in 2018.

The show, which ran for six seasons and is ranked as one of the network's highest-rated series ever, spawned a handful of spin-offs when it ended in 2012. Snooki and JWoww continued documenting their friendship and forays into motherhood on the aptly titled Snooki & JWoww, while Guadagnino got a chance to shine on The Show With Vinny. The Pauly D Project, which centered around Delvecchio's DJ career, also aired on MTV for one season. We can only imagine what antics the OG crew is going to get into, especially now that they're all grown-up with kids of their own.