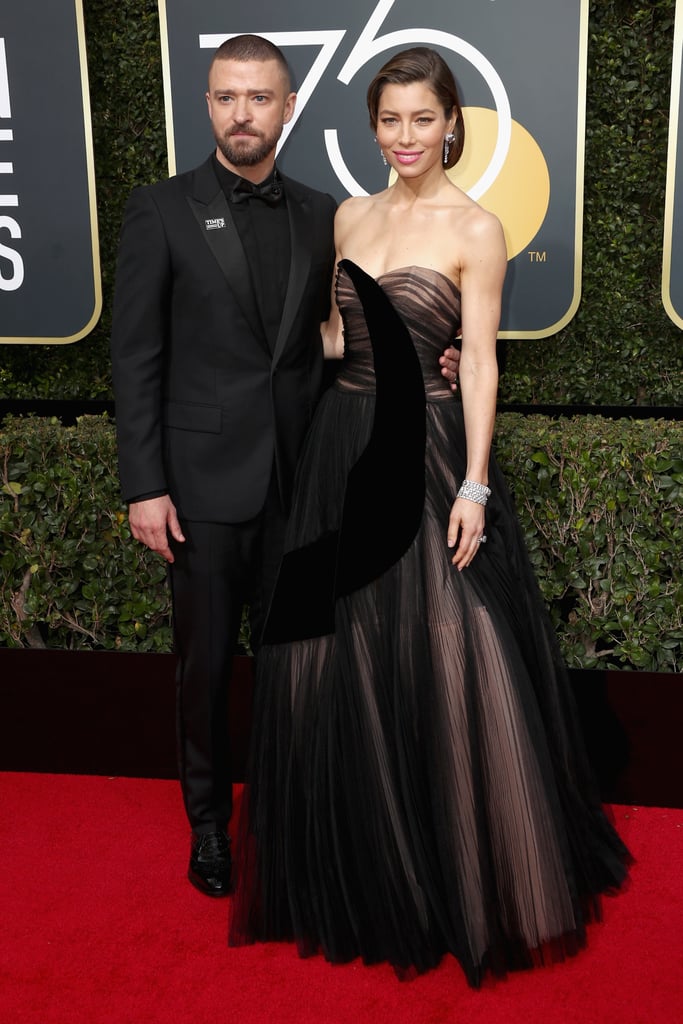 Justin Timberlake and Jessica Biel led by example when they showed up wearing all black to the Golden Globe Awards in LA on Sunday. Jessica stunned in a strapless floor-length gown, while Justin cut a suave figure in a matching tux. The couple are just two of the many stars wearing all-black looks as a symbol of protest against sexual harassment in the industry. Prior to arriving at the ceremony, Justin posted a selfie of him and Jessica getting ready on Instagram, writing, "Here we come!! And DAMN, my wife is hot!#TIMESUP #whywewearblack."

It's a big night for the pair, as Jessica is nominated for best performance by an actress in a limited series for her leading role in The Sinner and Justin is celebrating the recent release of his single, "Filthy."