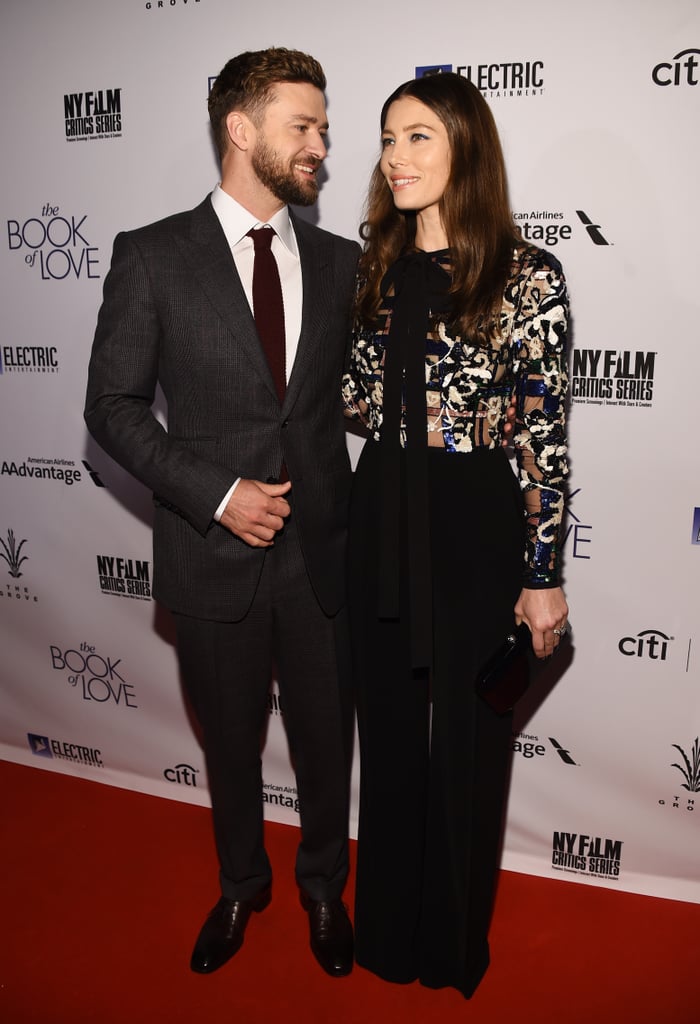 Following their glamorous night out at the Golden Globes on Sunday, Justin Timberlake and Jessica Biel continued their streak of flawless appearances when they arrived at the LA premiere of The Book of Love on Tuesday. The couple lit up the red carpet with their bright smiles, and Justin practically turned into the heart-eyes emoji as he admired his wife. While Jessica wrote and produced the film (formerly known as The Devil and the Deep Blue Sea), Justin composed the music. The movie follows an introverted architect named Henry, who, after the death of his wife, sets out to help a homeless teen named Millie build a raft to sail across the Atlantic. Talk about a power couple!