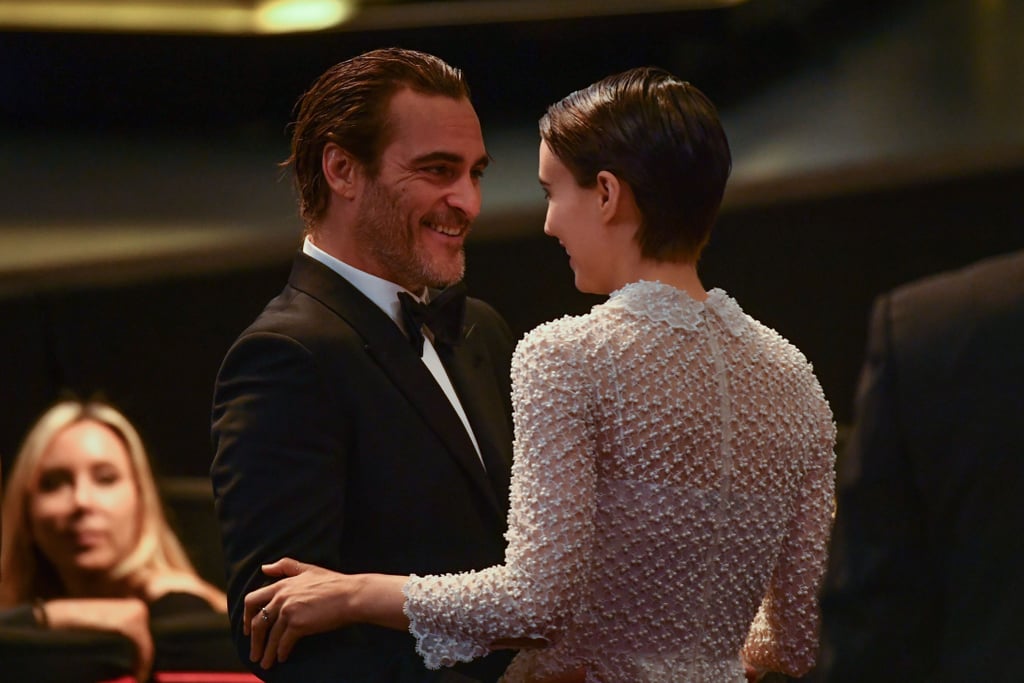 Joaquin Phoenix and Rooney Mara just might be Hollywood's most low-key couple. Why, you might ask? Well, to be honest, we'd totally forgotten they were even dating. The two, who previously costarred in the movie Her together, first sparked dating rumors while filming the upcoming biblical epic Mary Magdalene, but it wasn't until they made their public debut as a couple that either party had confirmed the romance.

While attending the 70th annual Cannes Film Festival's closing ceremonies, the 42-year-old star took home the award for best actor for his role in You Were Never Really Here, with Rooney by his side. After recovering from the shock of his win, he called Rooney, 32, his "girlfriend" in his speech, and they shared an adorable hug. They later left the gala holding hands.