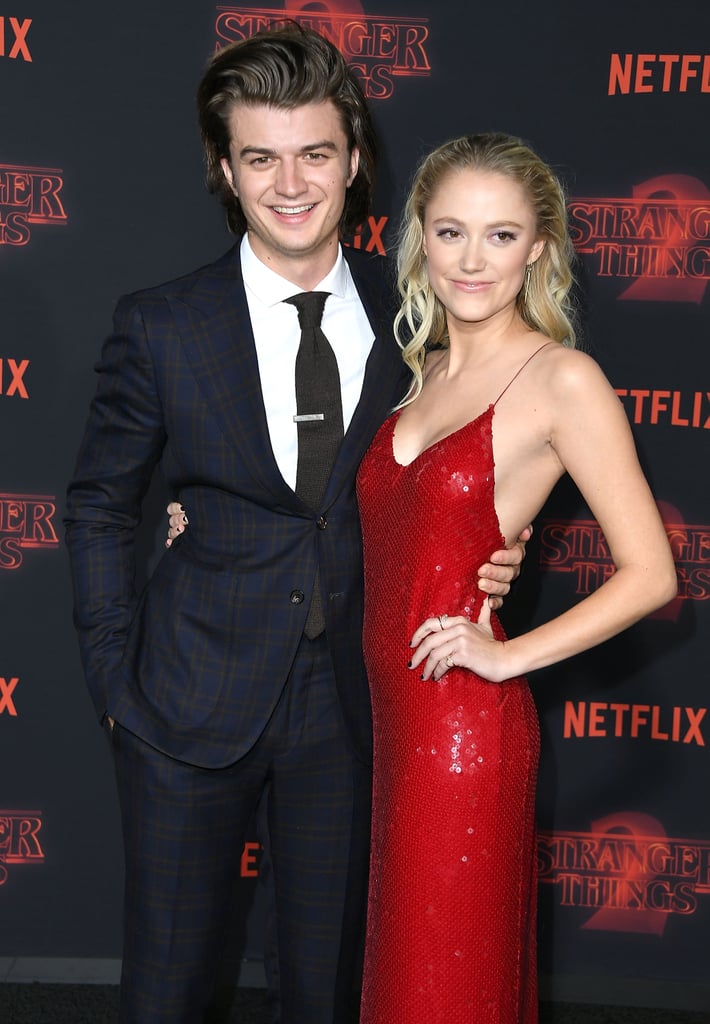 From the second we met Joe Keery as Steve Harrington on Stranger Things last year, we were obsessed. He may have started off as a serious a-hole swayed by his jock ways, but we saw beyond that, specifically to his dreamy head of hair and knew that he'd redeem himself one day. We're not going to spill all the juicy details about season two (you can get those spoilers here), but what we can tell you is that Steve completely turns around in the latest season and develops into the heartthrob we always knew he could be.

But we can't get ahead of ourselves, because it turns out Joe has a girlfriend in real life, and she's a gorgeous actress named Maika Monroe. The couple made their red carpet debut at the Netflix show's premiere last week, and we were admittedly overwhelmed by the amount of luscious hair going on between one couple. You won't see any photos of Joe on Maika's Instagram feed, but we can expect to see them starring in the movie Shotgun together next year. Read on to see photos of Joe and Maika at the season two premiere, and we'll just have to keep our crush on Joe in the Upside Down.