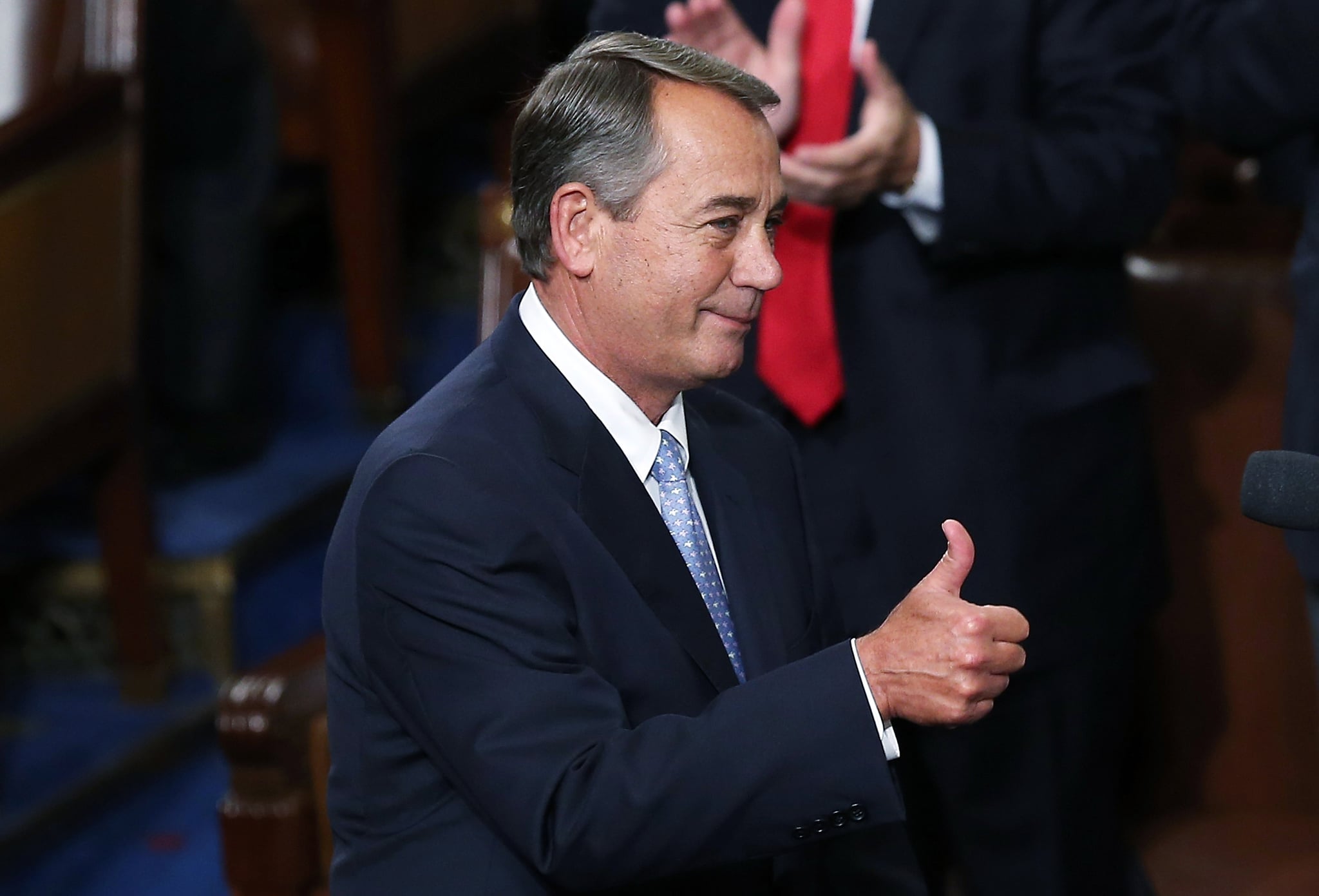 Even former Republican Speaker of the House John Boehner thinks Donald Trump's administration is a disaster. While addressing the KPMG Global Energy Conference on May 26, the perpetually tan Boehner shared his rather rough assessment of Trump's presidency with the audience.

After conceding that Trump's aggressive position on ISIS was laudable, Boehner quickly criticized him for, well, everything else. "Everything else he's done [in office] has been a complete disaster," Boehner chided, according to the energy news website RigZone. "He's still learning how to be president."

Ever the bluntly honest, no-longer-in-office politician, Boehner also offered his analysis of the Trump administration's alleged collusion with Russia. "They need to get to the bottom of this. The crazy left wing Democratic colleagues of mine bringing up impeachment talks . . . talk of impeachment is the best way to rile up Trump supporters," Boehner said. "Remember, impeachment is not a legal process; it's a political process."

Boehner, who has known Trump for over 15 years, said that despite their relationship, he "never envisioned him" as president. As friends do, Boehner even had some advice for the "still learning" president: stop tweeting late at night. It's difficult to imagine that the president would heed his advice, however, Trump might benefit from Boehner's previous evaluation of efforts to repeal — or repair — America's health care.

"In the 25 years I served in the United States Congress, Republicans never, ever, one time, agreed on what a healthcare proposal should look like. Not once, Boehner said at a health care conference in February. "They'll fix Obamacare. I shouldn't call it repeal and replace because that's not what's going to happen. They're basically going to fix the flaws and put a more conservative box around it."