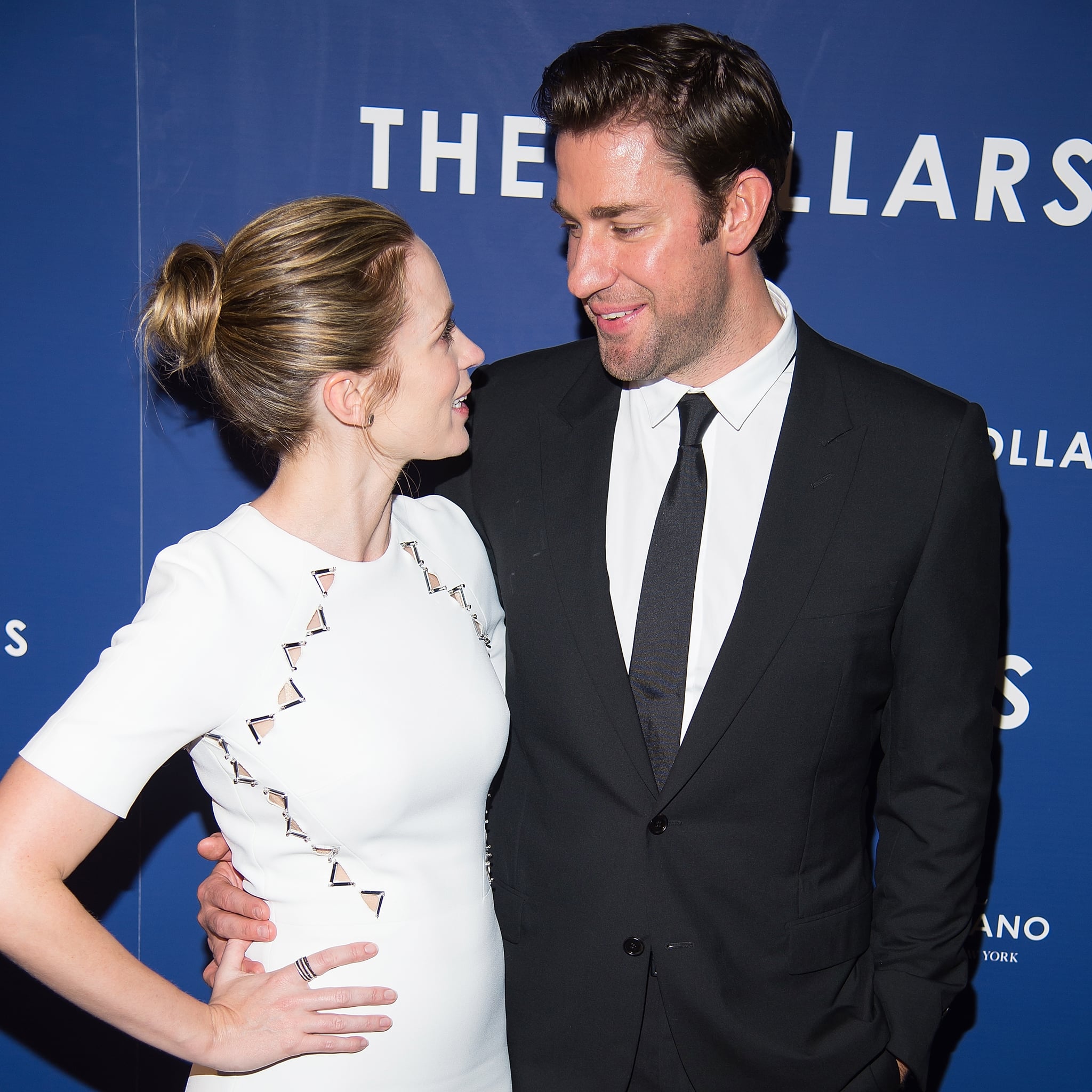 After seven years of marriage, John Krasinski still gets starstruck over Emily Blunt. During an interview with Vanity Fair, the actor couldn't help but gush about how amazing his wife was on the set of their upcoming thriller, A Quiet Place. "The air changes in the room when she starts doing what she does," he told the publication. "It's so honest and so pure and so powerful. It's like a superpower that she can just unlock and do so specifically with not many attempts."

And the praises didn't end there. While John himself is a seasoned actor, he admitted that at one point, he totally forgot he was Emily's costar, let alone her husband. "For me, I love acting and I'm so lucky to be doing it. But she's on another plane," John added. "This weird intersection happened while filming where I totally forgot I was her husband. I was just watching her performance and was lucky enough to be in the front row." Aww! Looks like John truly is Emily's biggest fan.