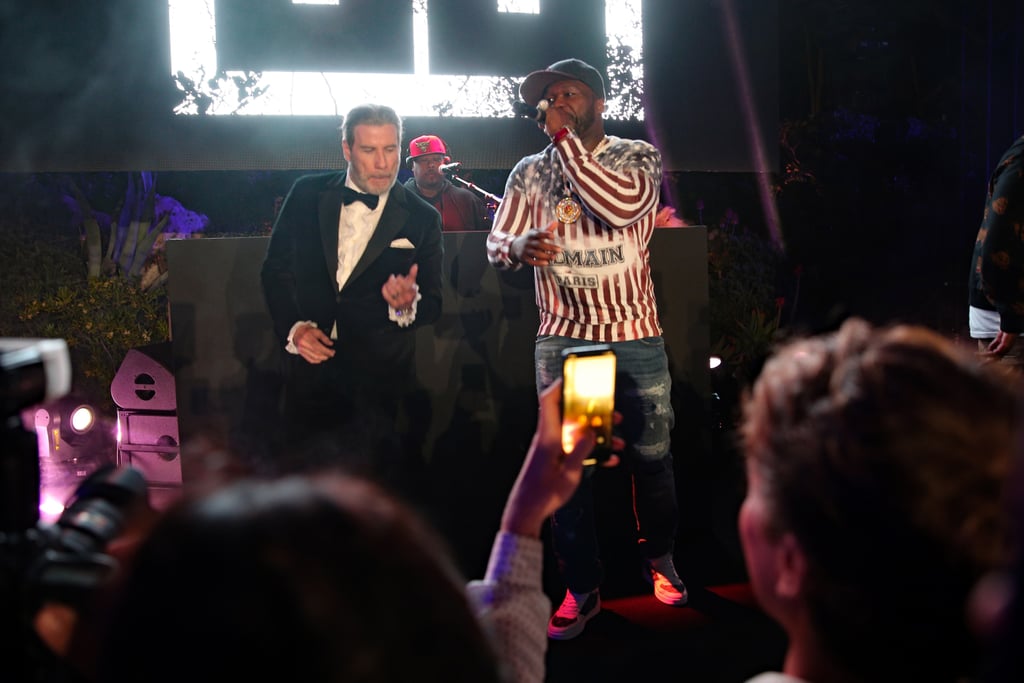 OK, we already knew John Travolta had moves, but just in case we forgot, the actor's latest dance session is here to remind us. On Tuesday, John was honored with the inaugural variety cinema icon award at the Cannes Film Festival, and we had the pleasure of witnessing his amazing dance moves once again. As 50 Cent got on stage to perform his hit "Just a Lil Bit" (feeling old yet?), John happily joined him and began getting down. It's unclear how 50 Cent and John know each other, but the rapper tweeted that he only came out to Cannes "because of him." 50 Cent also attended the premiere of John's upcoming film, Gotti, earlier in the day.