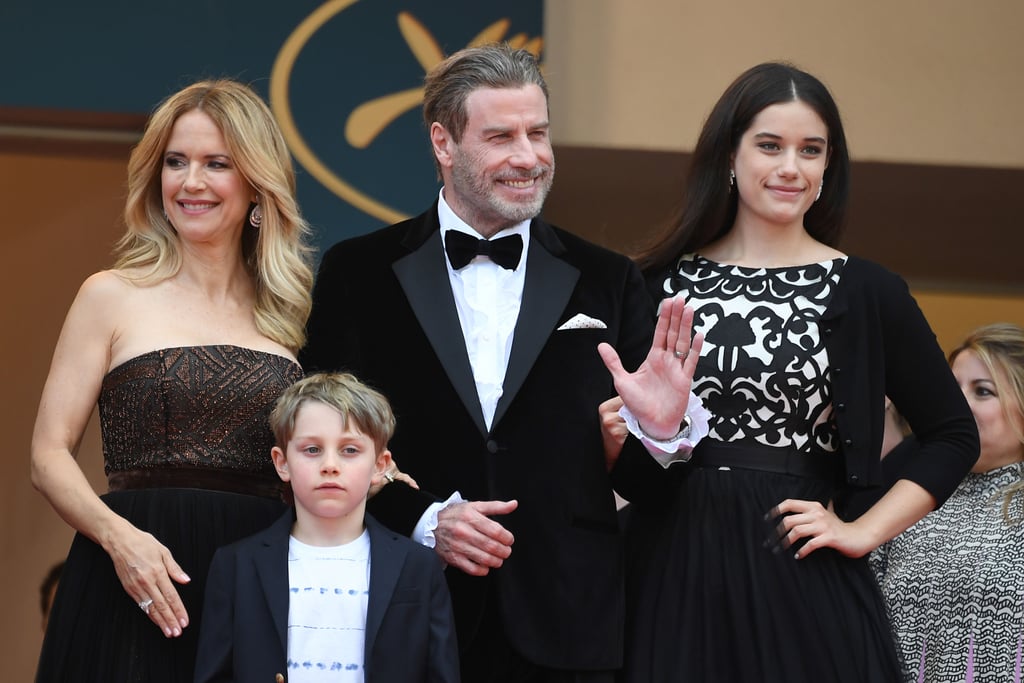 John Travolta brought his family along for the red carpet premiere of Solo: A Star Wars Story at the Cannes Film Festival on Tuesday. The actor posed for photos on the famous steps with his wife of nearly 27 years, Kelly Preston, as well as their two kids; daughter Ella Bleu, 18, was glammed up in a black gown, and 7-year-old son Benjamin looked adorable in a black-and-white outfit. John and Kelly are in the South of France to promote their upcoming film Gotti, in which John stars as the legendary crime boss John Gotti and Kelly portrays his wife, Victoria. The couple were all smiles at a photocall for the movie earlier in the day.

While in Cannes, John will also be hosting a 40th anniversary screening of Grease on the beach — can you believe it's been 40 years?! — and accepting Variety's inaugural Cinema Icon Award for his decades-long Hollywood career. Keep reading to see John and his family at the Cannes Film Festival.