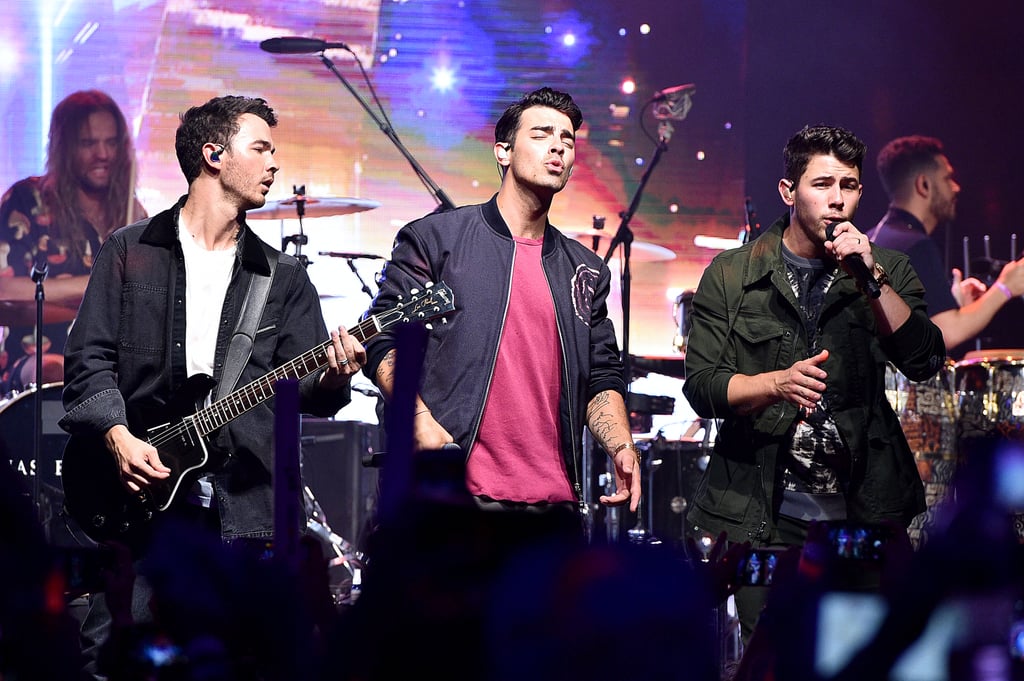 The Jonas Brothers rocked the house at Pandora and SiriusXM's NYC concert on Tuesday. Kevin, Joe, and Nick took a break from their Happiness Begins tour for another gig as they hit the stage at Webster Hall to perform exclusively for Pandora listeners and SiriusXM subscribers. The trio sang a handful of their best hits, including "Burnin' Up," "That's Just the Way We Roll," and "Only Human." And it should come as no surprise that the crowd was totally into it (especially after some fans began lining up outside the venue 12 hours in advance). The Jo Bros never disappoint! Look on the see more videos and photos from their set.