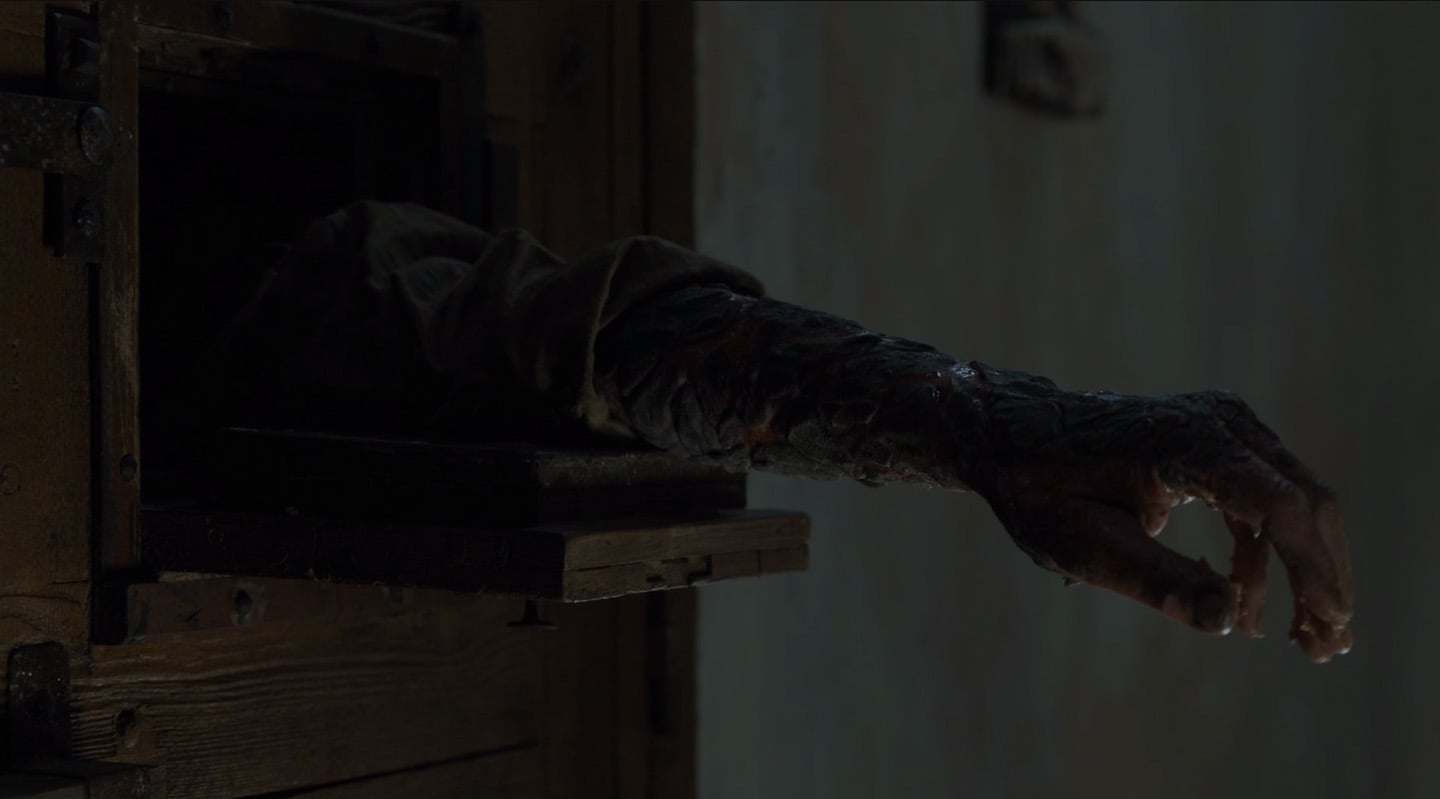 Two unlikely characters meet in the Game of Thrones season seven premiere — even though neither one of them understands the significance of the other one just yet. Part of Sam's training at the Citadel is doing all of the unsavory tasks the Maesters are too cool to do themselves, including feeding and cleaning up after the people who are stuck in the isolation ward. When Sam comes to take away a pot from one of the cells, a greyscale-covered hand reaches out to him, and the occupant begs for information about Daenerys Stormborn's whereabouts. That hand belongs to none other than Ser Jorah, and it looks like he's in big trouble.

Daenerys sends Jorah off to look for a cure for his pesky greyscale problem in season six, and like always, the loyal knight is following his queen's orders to the best of his abilities. Even though we don't get to see his journey home, it's not surprising that Jorah heads straight for the Citadel, a place where the wisest minds in Westeros are all gathered in pursuit of knowledge. If anyone is going to be able to cure him, it's these guys. At least that's what any person born and raised in Westeros, like Jorah, would be led to believe. The truth is a bit murkier though.

Sam is in the Citadel in hopes of gaining knowledge that will help Jon Snow in the wars to come, but the maesters aren't particularly bothered by the idea that an army of the undead is marching toward the Seven Kingdoms. They're far too busy cataloging knowledge to put it to use, but Sam is so not content with just serving food and scrubbing chamber pots. Because of his curious nature and big heart, Samwell Tarly is Jorah's best hope of halting the progression of his disease (which is looking pretty gnarly as this point). First he's going to have to work up the courage to strike up a conversation with the man who will surely pester him for news about the Dragon Queen every day. 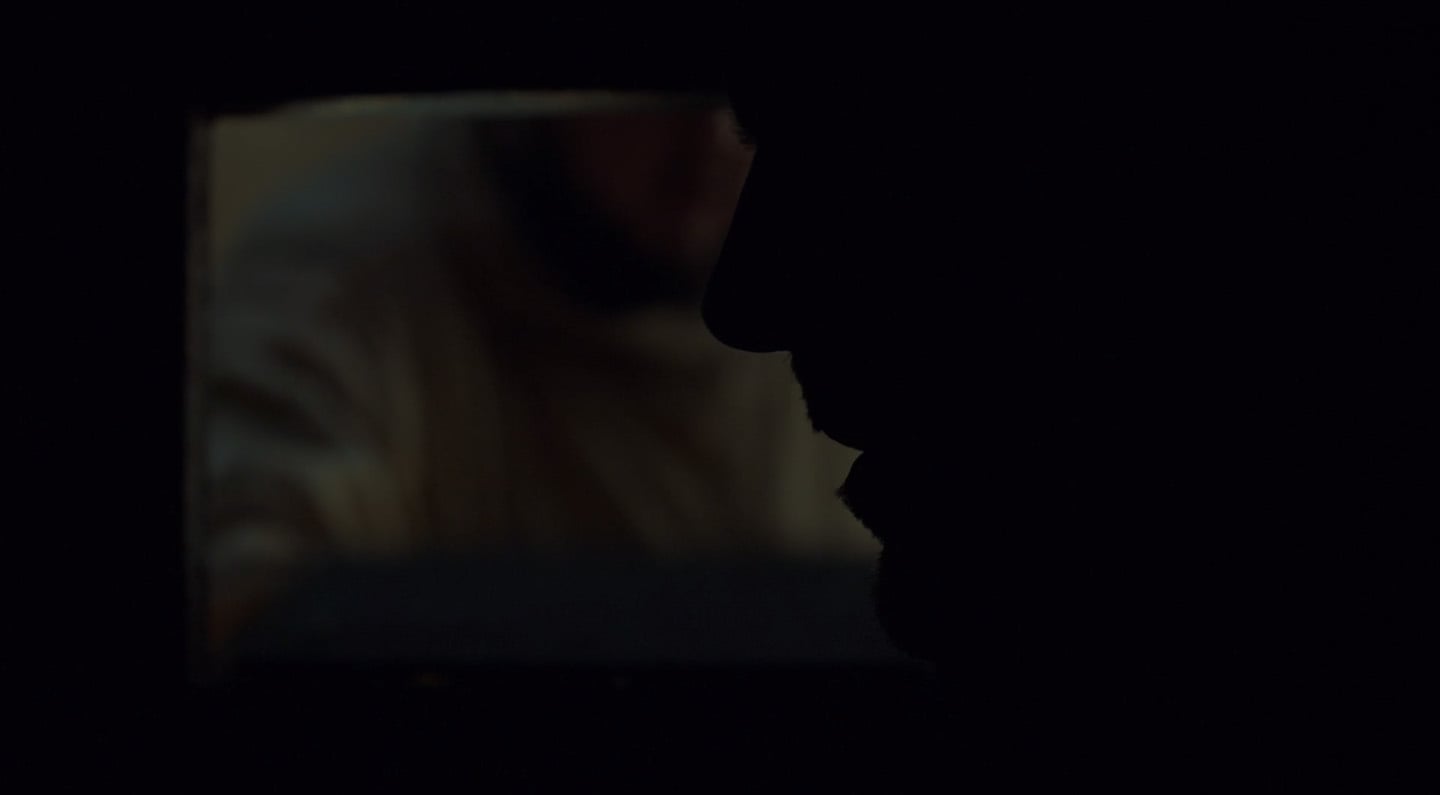 In an interview with Vulture, actor Iain Glen revealed Jorah's primary motivation this season is to find a cure and get back to Daenerys's side. "It's very advanced," he said. "I'm in trouble. No doubt about it, I'm in trouble."

Luckily for him, Sam may have already found the answer to his greyscale problem. During the episode, Sam retrieves from the restricted section, and it not only reveals Dragonstone is sitting on a pile of dragonglass, but it also suggests ingesting dragonglass can cure diseases. Like greyscale, perhaps? Remember, Shireen is the only known person whose greyscale has been stopped, and she had grown up in Dragonstone. That's so not a coincidence.

Since Sam is a bit preoccupied with trying to prevent an apocalypse at the moment, he probably skims over that section of the book, but if he strikes up a friendship with the man in the cell, that information is going to become relevant to his interests. Things will no doubt get worse for Jorah before they get better, but with Sam on the case, he'll be out of that cell in no time. What we should really be worried about is the price Jorah may have to pay for a cure. Remember, the Children of the Forest use dragonglass to stop Uncle Benjen from becoming a White Walker, but it leaves him in a semi-undead state. Even if dragonglass can halt or reverse the progression of greyscale, that doesn't mean Daenerys's most loyal follower will come away from his brush with death unscathed.

Join the conversation
Game Of ThronesTV
Latest Celebrity and Entertainment