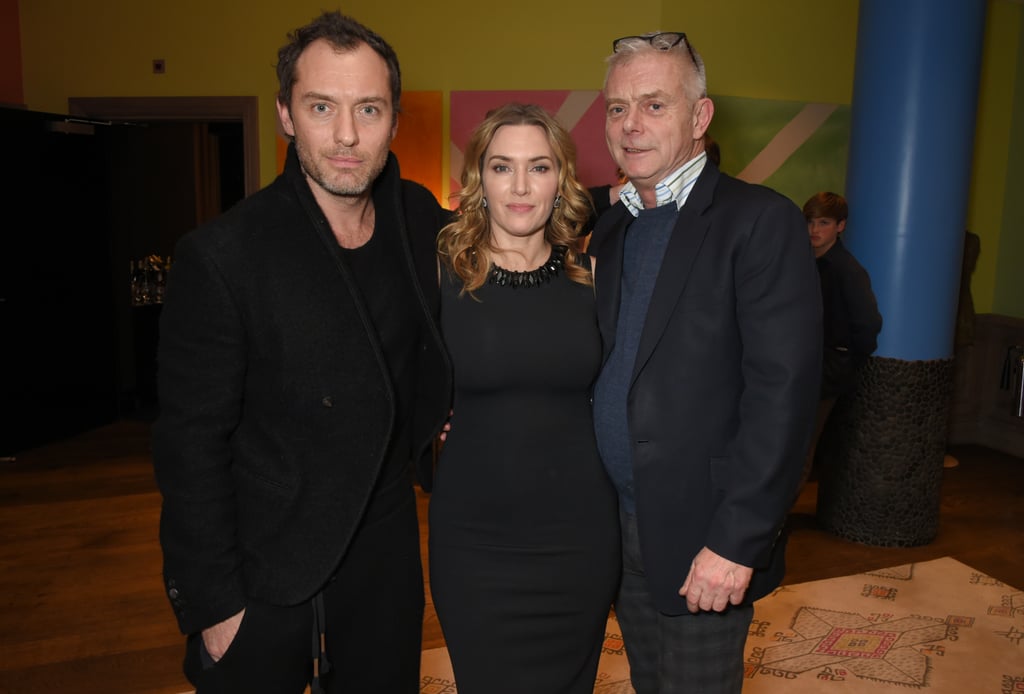 If you're obsessed with The Holiday — and who could blame you — then you're in for a Christmas treat. On Monday, Jude Law and Kate Winslet reunited for a screening of her latest film, Wonder Wheel, and it gave us all the feels. Sure, it's been 11 years since the two British actors starred together in The Holiday, where the play brother and sister pair Graham and Iris. But whether you love to watch the Nancy Meyers classic for the romance, the gorgeous-but-totally-unrealistic homes, or Jude and his sexy glasses, there's no denying that it's one of those beloved Christmas films that just get better as the years pass — and we simply love a good reunion!

Kate and Jude were joined at the screening by British director Stephen Daldry (who directed Kate's Oscar winning performance in The Reader) and interior designer Nicky Haslam. Keep reading to see the cute photos!