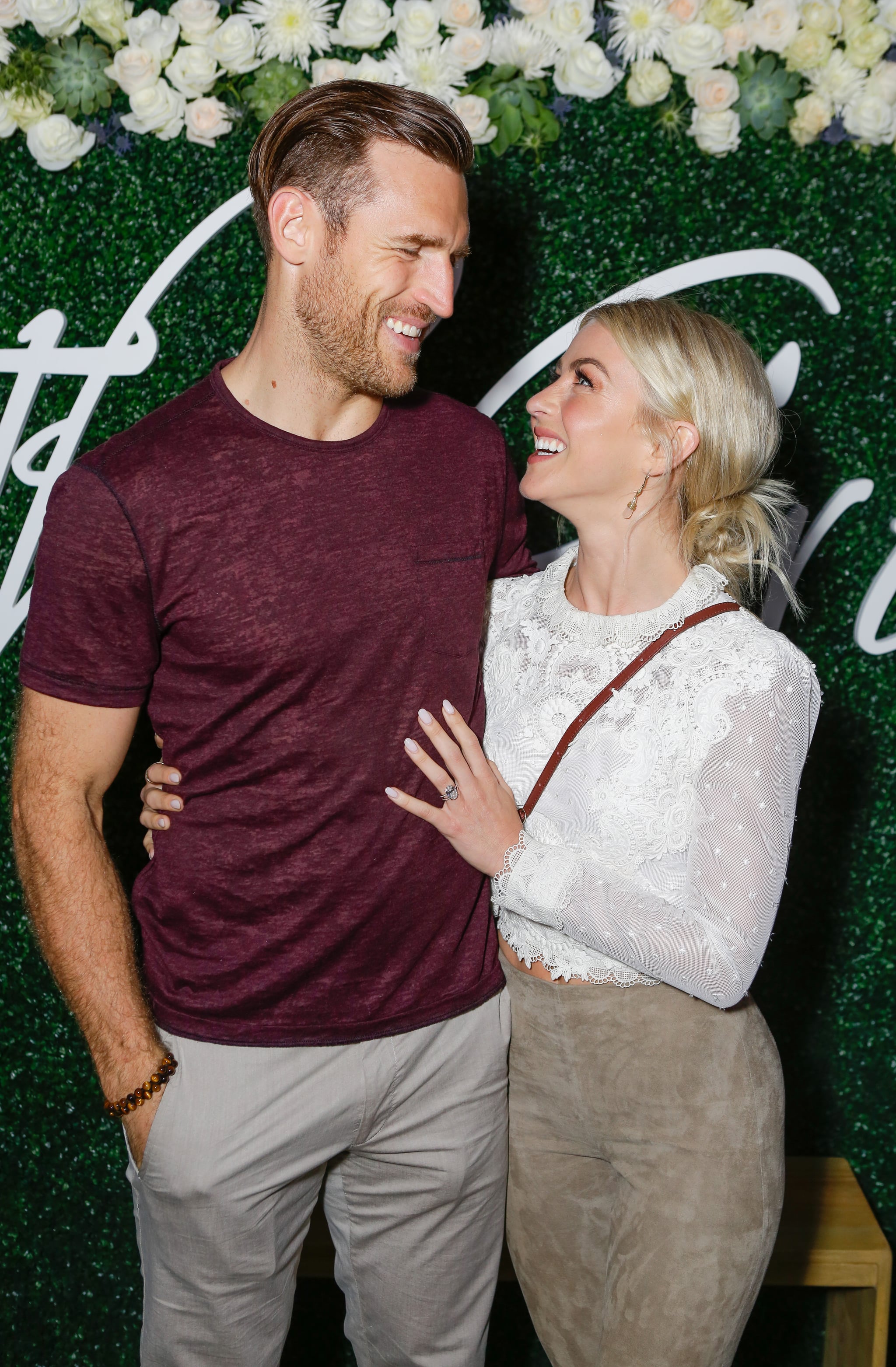 Julianne Hough tied the knot with NHL player Brooks Laich in July 2017, and she's pretty much been on cloud nine ever since. Aside from showing off their sweet love during public appearances, the two are constantly gushing about each other on social media. And it's freaking adorable! We had a chance to talk with the 29-year-old dancer and former Dancing With the Stars judge about SpeakENDO's Endometriosis Awareness Month campaign earlier this month, and we couldn't help but ask what her favorite part about being married is.

Even though she admitted "it sounds a little cheesy," they really have become one person since tying the knot. "You become really whole," she reiterated. "There's a part of you that was missing before, and I was very happy myself, but it just enhanced. And now I'm overflowing with happiness. I'm just so gushy." Aww! It definitely shows in their pictures (see above).

While they already seem perfectly in sync, Julianne added that one of the most rewarding parts about being husband and wife has been learning more about each other. "It's not like you get married and then everything is sort of like, 'I know everything about you.' We continue to grow and learn more about each other and then we learn more about ourselves too," she said. "It's a really safe place because you can change, you can grow, you can work on yourself, and still have the support of your husband or your wife who loves you for you and we can evolve together."