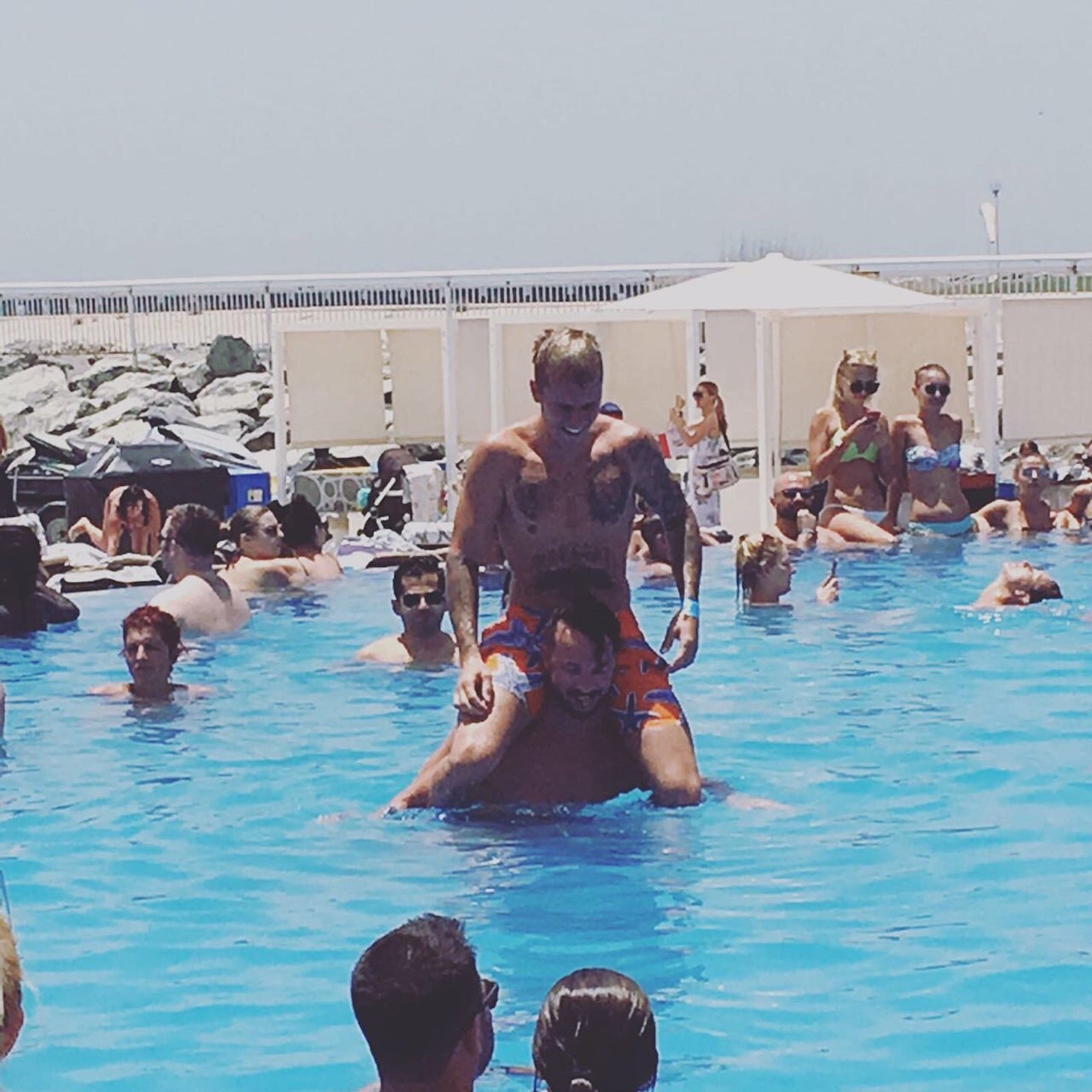 Fool me once, shame on you. Fool me twice, shame on me! Yes, Justin Bieber was back at what appears to be his top choice of beach clubs in Dubai, on Tuesday. The singer has been spotted splashing around there three times now, after checking it out Friday and Sunday. Now, just before heading off to play a show in Mumbai, India he returned for their Ladies Day, which women flock to each week as they waive the usual entrance fee.

Everyone appeared to be quite casual as he mounted a pal's shoulders in the pool but Tweets show that fans found it difficult to contain themselves. Lucky ladies!

The 23-year-old was also spotted enjoying a desert safari and quad biking this week. We've loved having you in the Middle East, Justin!

May 9: Fan taken photos of Justin in Dubai, UAE. pic.twitter.com/9jpZuGgGV1

Another photo of Justin Bieber spotted out in Dubai today. (May 8) pic.twitter.com/aMFJJdSlSl