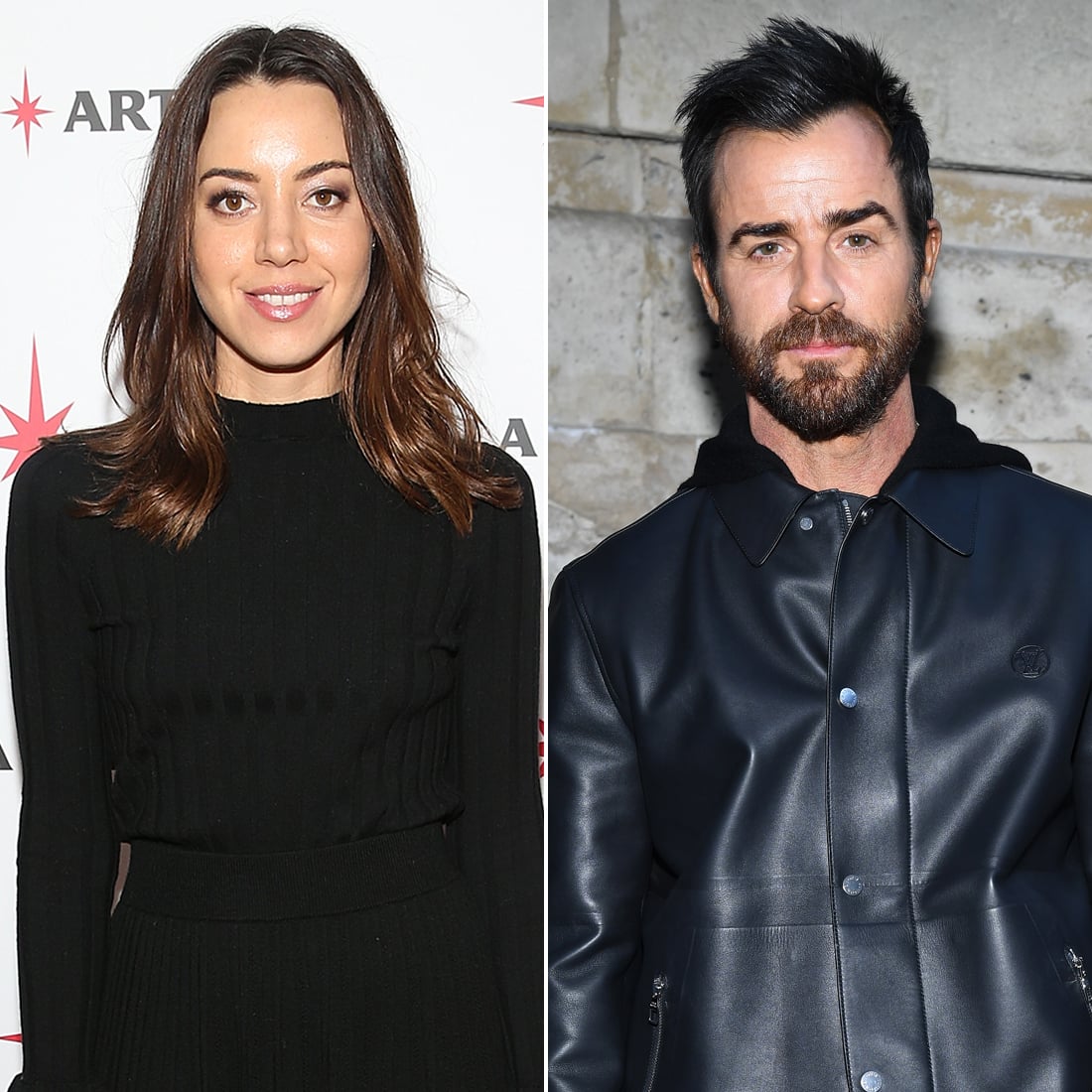 It's been a month since Justin Theroux and Jennifer Aniston announced their separation after two years of marriage, but is the actor already jumping back in the dating pool? Since splitting from Jennifer, the 46-year-old has been "doing his thing" in NYC, and over the weekend, he was photographed on a stroll with 33-year-old Parks and Recreation actress Aubrey Plaza.

Given that Justin and Aubrey didn't show any sort of PDA and have known each other for quite a few years now (Justin guest-starred on a few seasons of Parks and Recreation in 2010), it's safe to assume they are just friends. According to the Daily Mail, "They went for a walk around after meeting and discussing a potential work project."

Related:
What Went Wrong? Everything We Know So Far About Jennifer Aniston and Justin Theroux's Split

Aubrey has also been dating screenwriter Jeff Baena since 2011, though they haven't made a public appearance since June 2017.