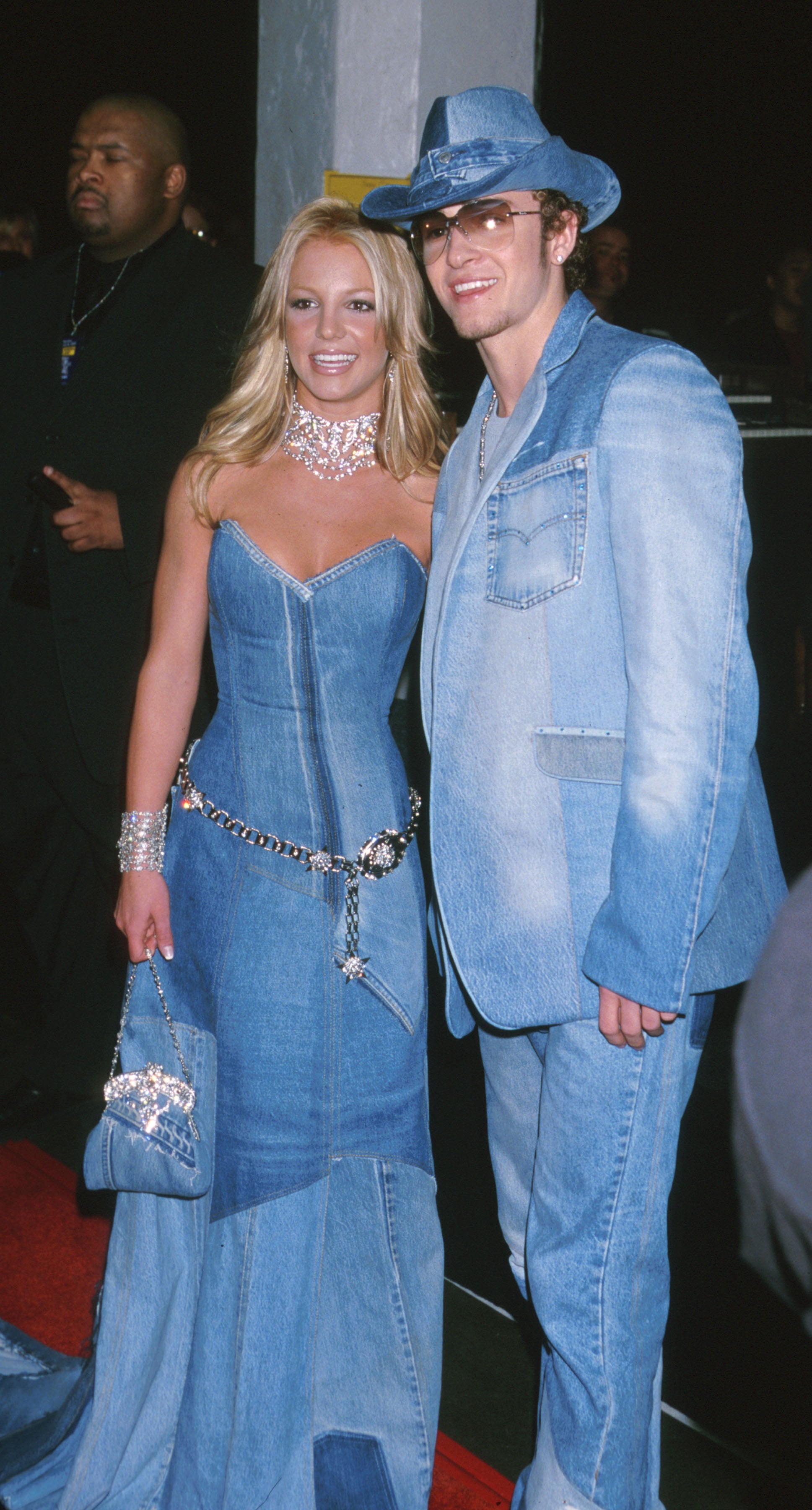 We all remember when then-couple Justin Timberlake and Britney Spears showed up to the American Music Awards in 2001 wearing head-to-toe denim, and it sounds like Justin hasn't stopped thinking about it, either.

While promoting Trolls in Australia this week, Justin stopped by the talk show The Project and was asked, "What have you learned about the industry that you didn't know when you were in *NSYNC that you know now?" After a beat, he replied, "If you wear denim on denim, it will get documented. You know what, I don't think I could even bring that back." About the look (which he and Britney wore 15 years ago but somehow seems like just yesterday), Justin added, "I'm going to go out on a limb and say if it's worn properly, denim on denim could be [brought back]." When asked who he thinks could pull the look off now, he quipped, "Not Donald Trump."