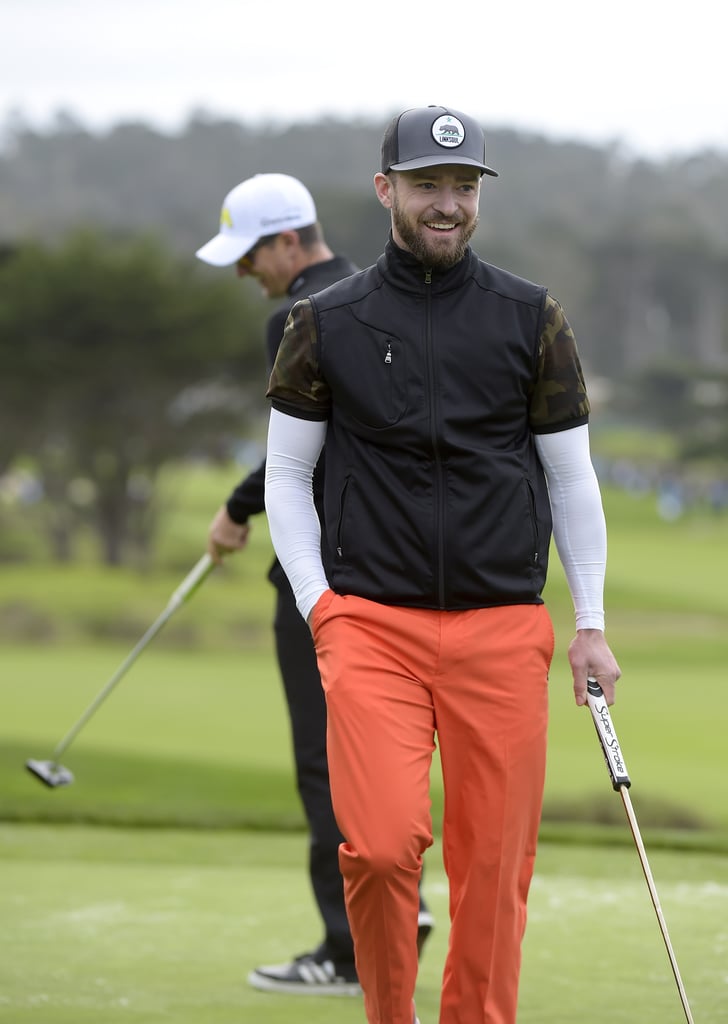 Justin Timberlake brought his A-game to the AT&T Pebble Beach Pro-Am in Pebble Beach, CA, this week. The sexy singer has proven that he's good at just about everything (see: songwriting, dancing, acting, comedy, generally looking good) and golf, of course, is no exception. He's participated in the PGA Tour event for several years — remember when he did the Carlton with Alfonso Ribeiro? Once again, he's teamed up to play with Justin Rose, and the handsome pair of Justins was seen celebrating their shots with a fist bump on Friday.

The sporty weekend comes during a big month for Justin Timberlake, who's up for an Oscar for best original song with his catchy Trolls hit, "Can't Stop the Feeling." He's been "pinching himself" over the nomination, and he recently attended the Academy Awards Nominees Luncheon, where he linked up with Matt Damon. Justin also graced the cover of The Hollywood Reporter this week, and he opened up to the magazine about fatherhood, fame, and why he left *NSYNC.