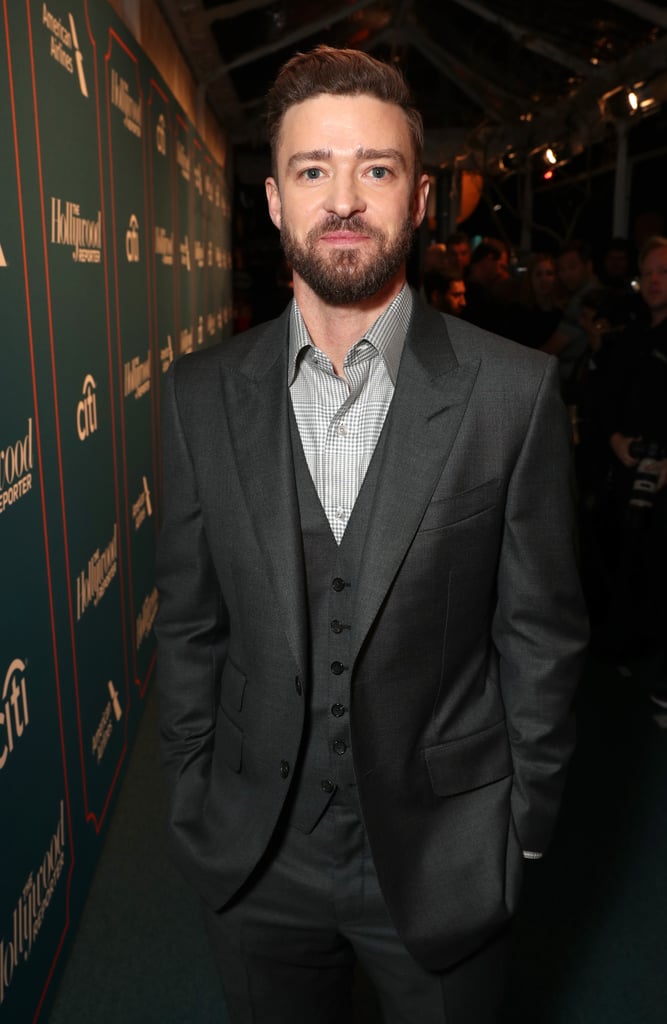 Justin Timberlake is on a roll! After celebrating his first-ever Oscar nod with Matt Damon at the Academy Awards Nominees Luncheo, the singer continued the fun at The Hollywood Reporter's Nominees Night in Beverly Hills. Every short but important moment he spent on the red carpet was beautiful, like when he stopped to pose for pictures and flashed a sexy smile or when he stared straight into our souls. Unfortunately, his wife Jessica Biel did not make an appearance, but Justin was in good company with producers Julie Yorn and Carla Hacken.

The Oscars are on Feb. 26, and Justin's song "Can't Stop the Feeling" from the animated movie Trolls is up for best original song. In addition to being excited, Justin recently revealed that he's "really humbled by the whole thing." We're keeping our fingers crossed that Justin strikes gold!