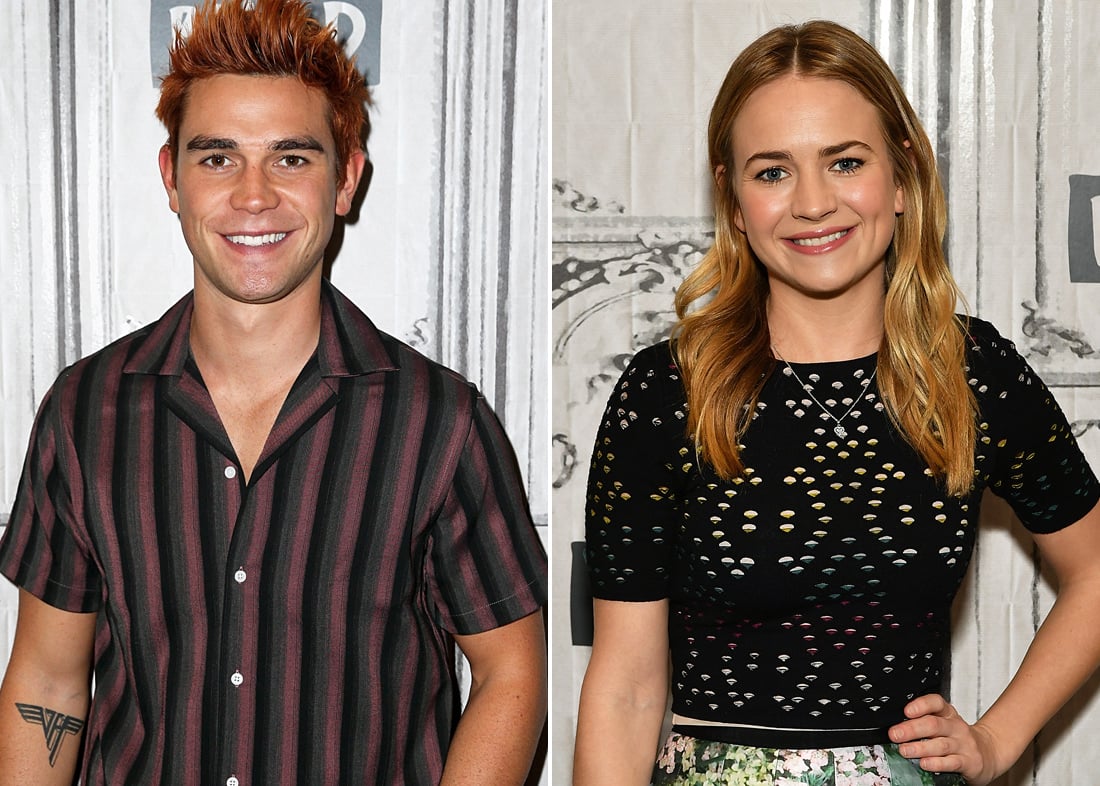 Sorry ladies, it seems like KJ Apa might be off the market! The 22-year-old Riverdale actor was spotted getting pretty cozy with 29-year-old For the People actress Britt Robertson at Comic-Con over the weekend. According to People, the duo was spotted holding hands and kissing as they attended an Entertainment Weekly party on Saturday with the rest of KJ's Riverdale costars.

The pair first met on set of the 2017 film A Dog's Purpose, where they played love interests. They are also set to costar in the upcoming film I Still Believe, which is based on the real-life story of singer Jeremy Camp. While KJ has kept pretty mum about his dating life since stepping into the spotlight, Britt was previously linked to actor Graham Rogers. She also dated Teen Wolf actor Dylan O'Brien from 2012 until 2018.