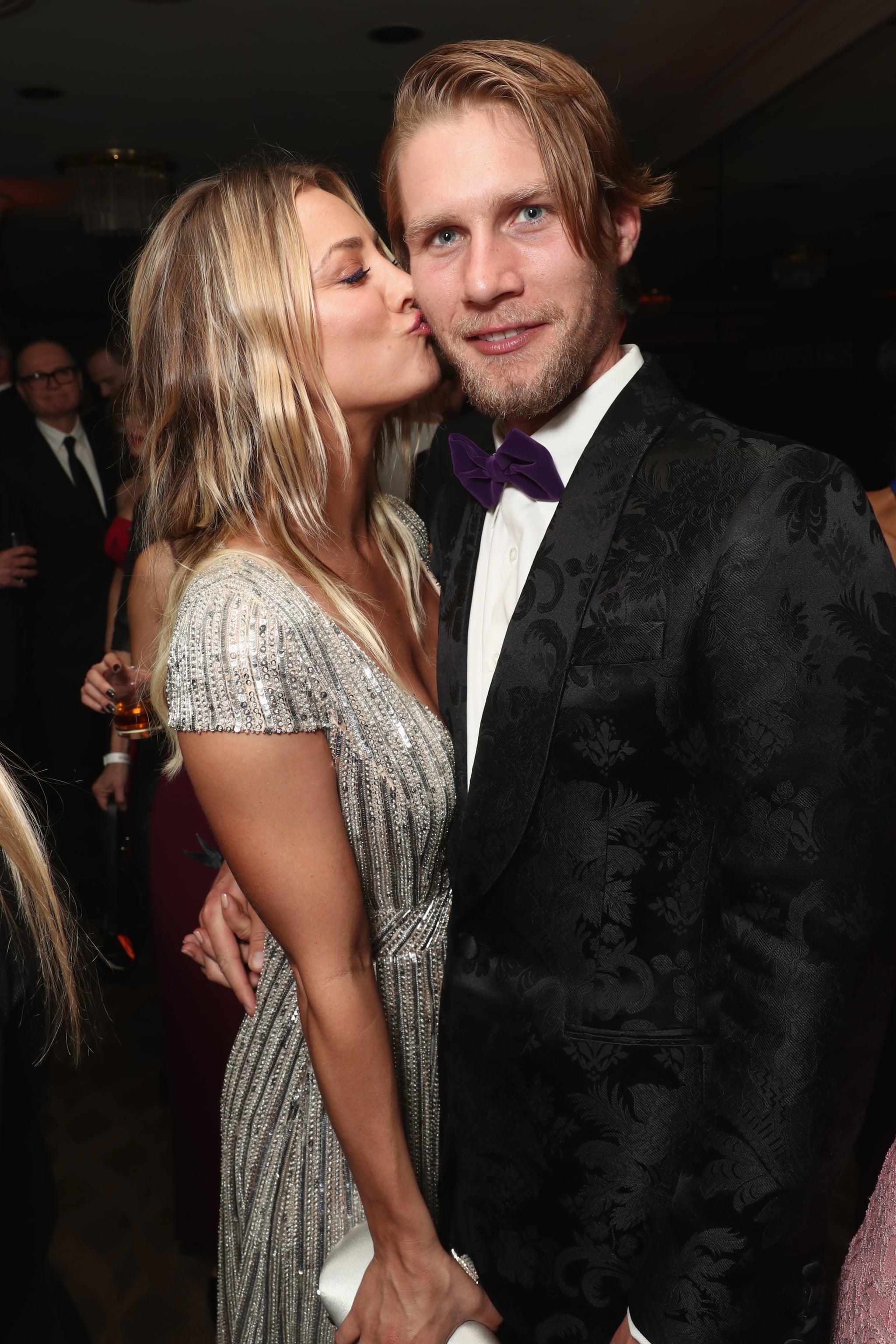 Kaley Cuoco is having the best birthday ever. While celebrating her 32nd birthday on Nov. 30, the Big Bang Theory actress got engaged to her boyfriend-turned-fiancé Karl Cook.

Kaley's emotional reaction was caught on camera and later shared by Karl on Instagram. In his caption, he wrote, "Well after nearly two years I finally got up the courage to ask her to marry me. This is the best night of my life and I think the video shows it is the best night for Kaley as well." Karl also shared a separate picture of Kaley's stunning pear-shaped engagement ring.

Funny thing is, Karl actually hinted at the proposal that same day. While shopping at Target, Karl snapped a selfie with a giant fake engagement ring and an unamused Kaley. "On my loves birthday I got her everything she has always wanted," he wrote. Adding, "Now judging by her face maybe not." Little did she know . . .