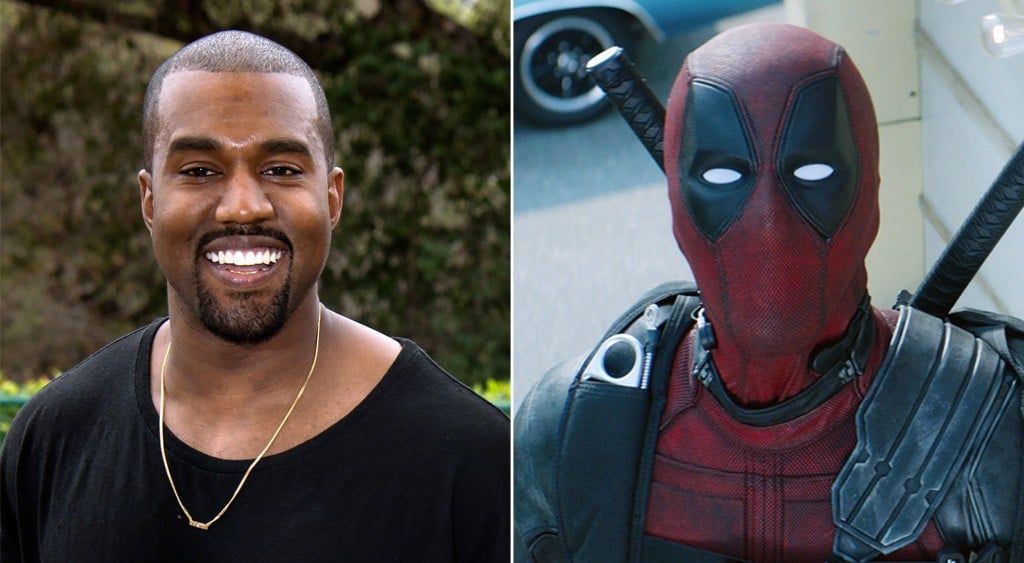 Who knew Kanye West was such a huge Deadpool fan? The rapper and father of three shared his thoughts about the latest film starring everyone's favorite Ryan (Reynolds) on Twitter. Although the 41-year-old admitted he's a fan of the franchise, and even praised the writing as "innovative," West did reveal that he had a bone to pick with the makers of the movie, tweeting, "I heard tracks in it that sound similar to mine . . . bro I would have cleared my music for Deadpool . . ."

Does this mean we have a West vs. Deadpool feud on our hands? Not so fast. "[P]lease know I'm down to clear next time," West clarified in a follow-up tweet. Naturally Professional Twitter Troll Ryan Reynolds wasn't going to let this golden opportunity slip by him, and he had a hilarious response for the "Lift Yourself" singer. Read both of their tweets about Deadpool ahead!