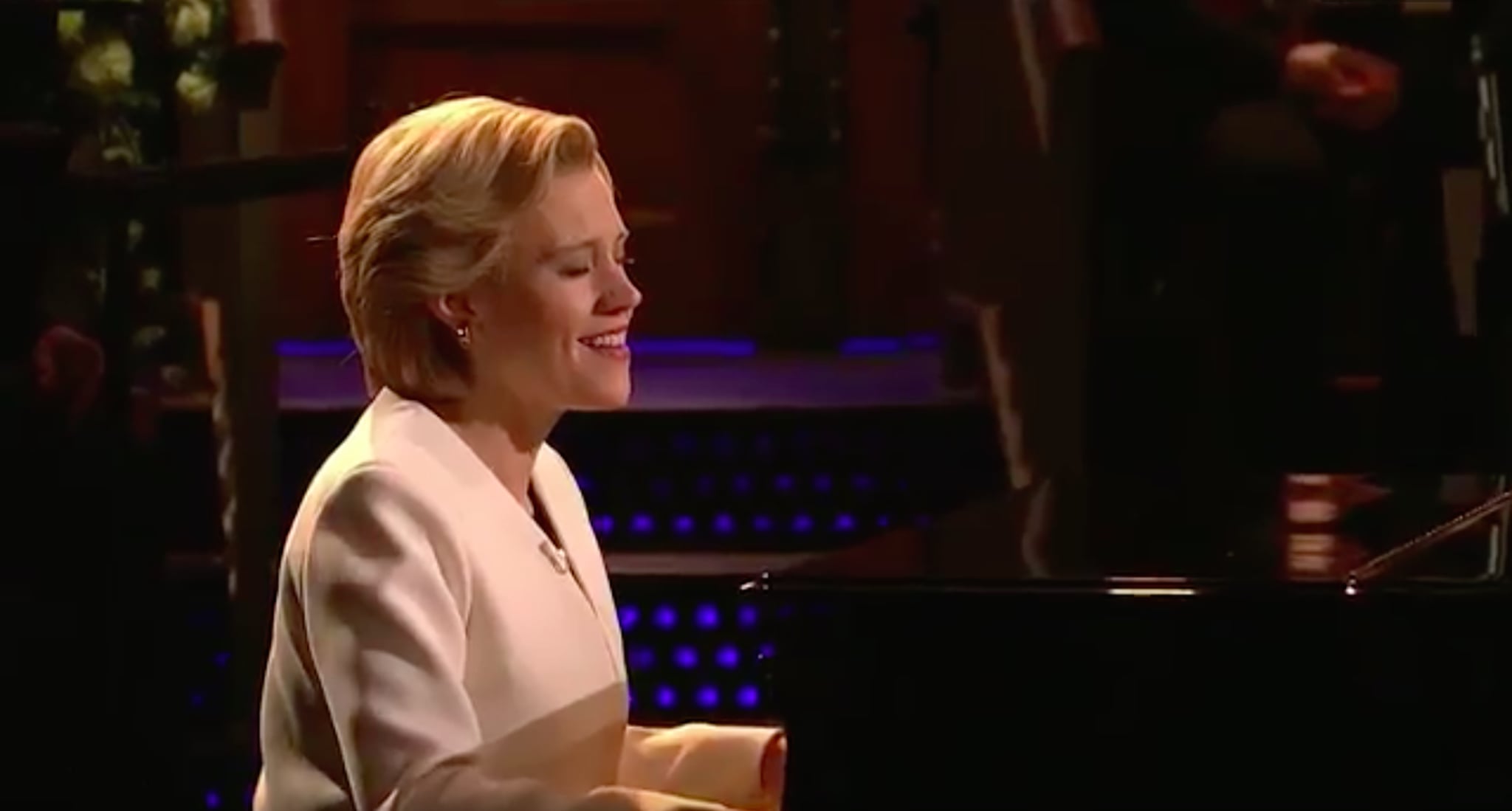 Singer and songwriter Leonard Cohen died over the weekend at age 82. The prolific musician passed away at home in his native Canada, and his label, Sony Music Canada, confirmed his death via Facebook.

"It is with profound sorrow we report that legendary poet, songwriter and artist, Leonard Cohen has passed away," the statement read. "We have lost one of music's most revered and prolific visionaries. A memorial will take place in Los Angeles at a later date. The family requests privacy during their time of grief."

Cohen's influence on the entertainment community was widespread, and Saturday Night Live paid tribute to the late singer in a particularly touching way. Dressed as Hillary Clinton, Kate McKinnon took to the piano during the show's opening to perform one of Cohen's greatest pieces, "Hallelujah."

At the end of her performance, McKinnon stands and addresses the audience: "I'm not giving up, and neither should you."

Watch the clip below.