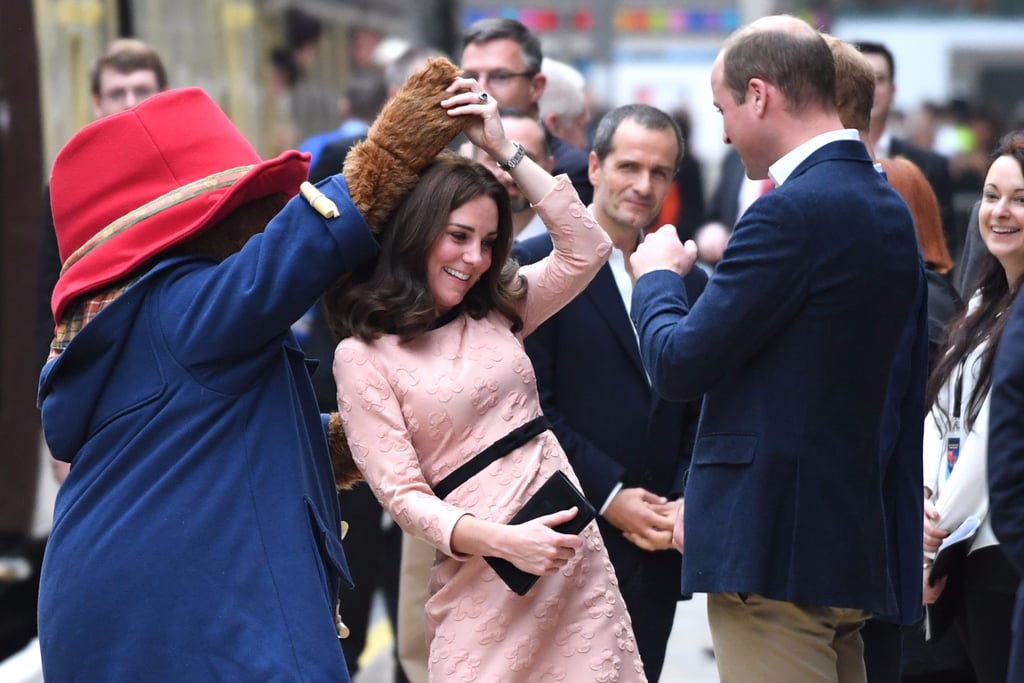 Kate Middleton Dances With Another Man in Front of Prince William — Paddington Bear!

On Monday, the Duke and Duchess of Cambridge joined Prince Harry to give the surprise of a lifetime to some lucky commuters. To celebrate the upcoming release of the movie Paddington 2, Kate, William, and Harry met up with the cast at London's Paddington Station, where they joined 130 children from a dozen charities they support on board the Belmond British Pullman train. Dressed in a pink Orla Kiely dress, the duchess seemed to be in good spirits as she laughed and danced with Paddington Bear.

This marks Kate's second public appearance since Kensington Palace announced her third pregnancy back in September, as she has once again been suffering from hyperemesis gravidarum. Last week, she debuted her tiny baby bump at a reception at Buckingham Palace in honor of World Mental Health Day, and we're happy to see that seems to be getting better!