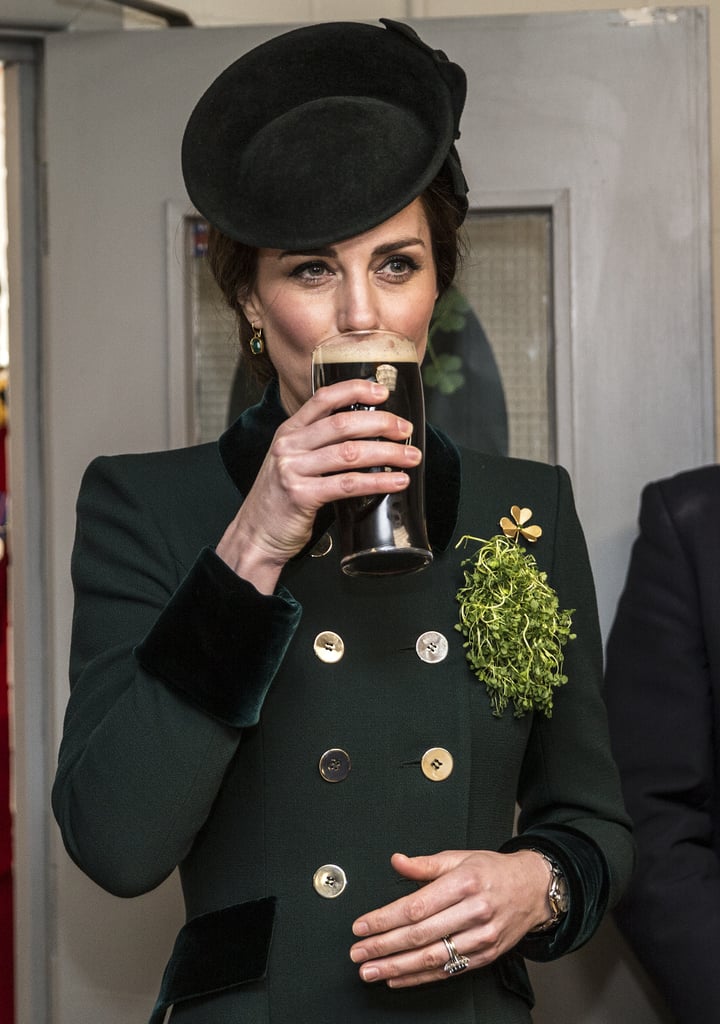 Kate Middleton got into the St. Patrick's Day spirit by enjoying a cold glass of Guinness during a visit to the Cavalry Barracks on Friday. Kate and Prince William met with soldiers of the 1st battalion Irish Guards after attending the St. Patrick's Day parade in London, where they presented the Guardsmen (as well as The Regimental mascot, a massive Irish Wolfhound) with shamrocks. Kate, who was clad in a bespoke dark green Catherine Walker coat, sipped on her beer while chatting with the soldiers; maybe they were trading Irish coffee recipes or discussing Ed Sheeran's new album?

It's kind of nice that Kate is getting her chance to kick back and enjoy a beer, as William appeared to do plenty of that during his recent controversial ski trip in the Swiss Alps. The boys-only getaway got the prince in a bit of hot water, as it was revealed that he took the trip in favor of attending an annual ceremony for Commonwealth Day in the UK with the rest of his family. Kate was reportedly "disappointed" in William's behavior during the trip, with a source telling Vanity Fair, "She thought his partying days and larking around with the boys was a thing of the past."