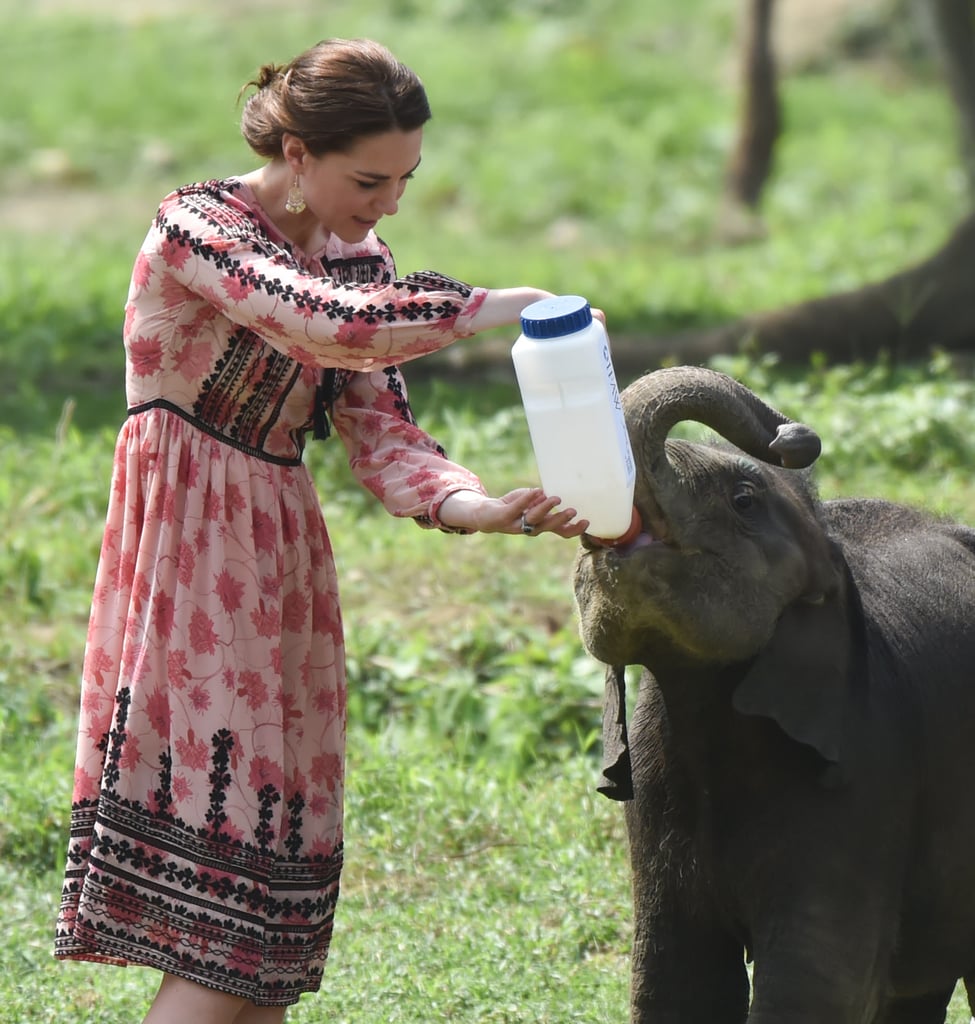 Kate Middleton and Prince William Went on a Safari, Fed Baby Elephants and Rhinos in India

Kate Middleton and Prince William's week-long tour of India and Bhutan took an adorable turn! After touching down in Mumbai, the royal couple was been busy making the rounds to different landmarks in the stunning country. In addition to visiting the Taj Palace Hotel Memorial, they also played a game of cricket, attended a Bollywood-inspired charity gala, met the prime minister, and attended a garden party celebrating Queen Elizabeth II's upcoming 90th birthday. And that's just the beginning! The pair let their hair down for a fun safari in Kaziranga National Park. Later that day, Kate, who was looking gorgeous all tour long, fed baby rhinos and elephants with Will at the Centre for Wildlife Rehabilitation and Conservation (CWRC) at Panbari reserve forest in Kaziranga.

Their outing is just one of the many sweet moments they have shared in India so far. In addition to looking so in love, they also met with a 93-year-old superfan after his online campaign to meet them went viral. Kate also shared a special moment with children when she got down on the floor and colored with them. Keep reading to see more of their Indian adventure, then check out what Kate had to say when asked about her postbaby body.