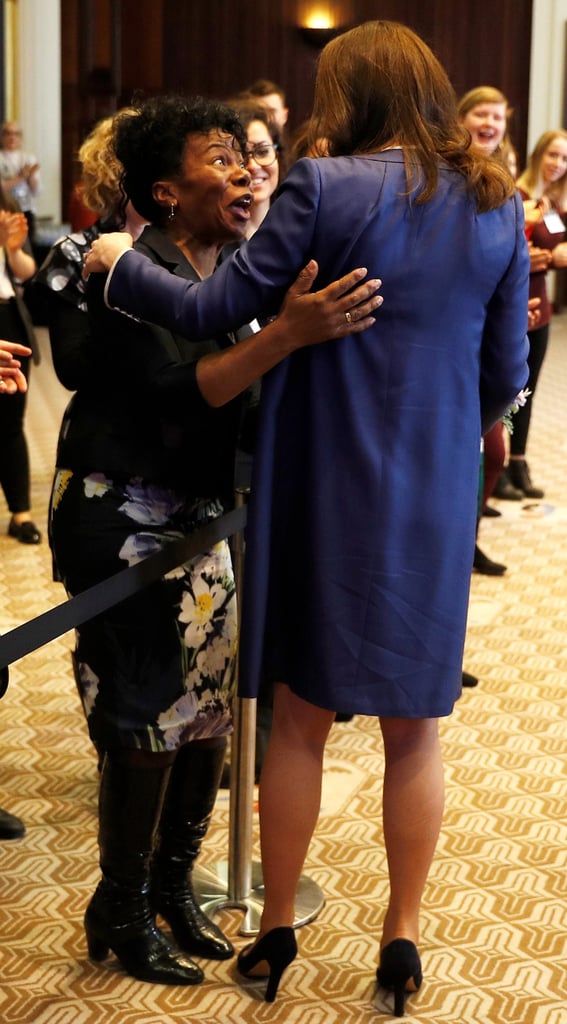 It seems that the royals are keen to loosen up the rules this year, whether that's Meghan Markle going against tradition, or Prince William and Prince Harry generally breaking all the rules.

Kate Middleton isn't exempt from going against standard royal protocol either. On Tuesday the duchess, who is expecting her third child in April, visited the Royal College of Obstetricians and Gynaecologists to be officially named its royal patron. There was a heartfelt moment during Kate's visit where she stopped to hug a woman inside the college, and the reason behind their exchange is equally as sweet. While walking with Professor Lesley Regan, the president of the college, Kate recognized a very familiar face. As it turns out, this woman helped Kate through one of the momentous moments of her life. Jacqueline Dunkley-Bent, Professor of Midwifery, helped deliver Princess Charlotte in 2015, as she was working on the Lindo Wing at St Mary's Hospital, London at the time. Ahead, see more photos of their heartwarming reunion.