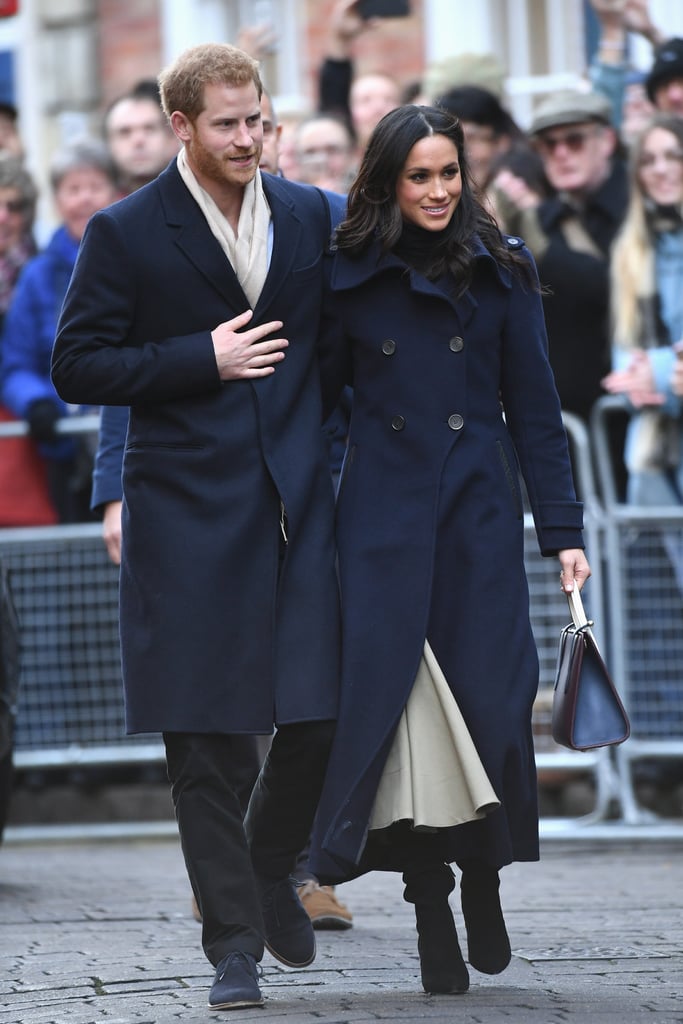 Prince Harry and Meghan Markle stepped out for their first royal appearance in Nottingham, England, on Friday after announcing their engagement on Nov. 27. Meghan accompanied Harry for a visit to the Terrence Higgins Trust World AIDS Day charity fair, and they were as cute as can be as they held hands and rubbed each other's backs. The former Suits actress even bundled up in a navy coat that perfectly matched Harry's. Of course, their outing instantly took us back to Kate Middleton's first appearance with Prince William in 2010, and we immediately noticed one major difference between the two outing.

Kate attended her first engagement when she accompanied William to a Christmas event for the Teenage Cancer Trust, and unlike Harry and Meghan, the couple did not show any PDA whatsoever. Despite contrary belief, there is no protocol that states that British royal family can't show PDA, but since Will and Kate are "working representatives of the British Monarchy," it's safe to assume that they just prefer to keep things professional during their official engagements. Still, that doesn't mean their outing was any less adorable. Keep reading for a look at Meghan and Kate's first royal engagements, side by side.