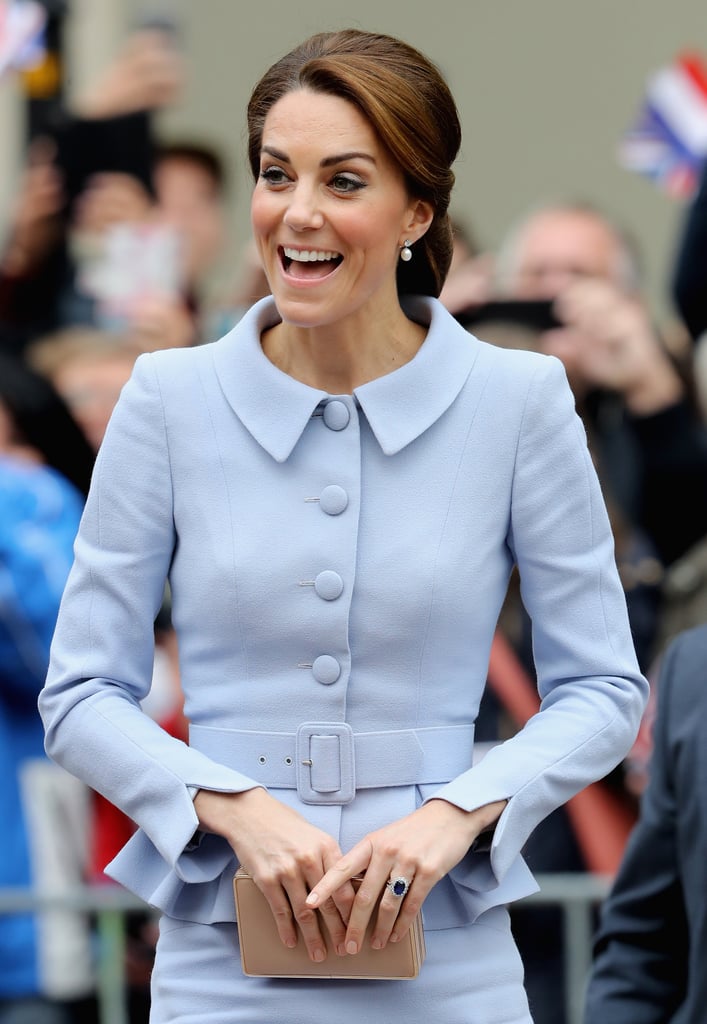 And she's off! Kate Middleton touched down in the Hague, Netherlands on Tuesday to embark on her first-ever solo tour since marrying Prince William five years ago. The Duchess of Cambridge flashed her signature smile while greeting some children outside of the Mauritshuis Gallery in a powder blue suit, and looked like she was already having a ball. After perfecting her princess wave, Mauritshuis Director Emilie Gordenker gave her a tour of the exhibition, "At Home in Holland: Vermeer and his Contemporaries from the British Royal Collection," which included a stop at Vermeer's famous "Girl With a Pearl Earring" oil painting. Kate also enjoyed the garden outside Villa Eikenhorst with King Willem Alexander before going indoors for a photo op.

Kate's tour of the Netherlands comes fresh off of her outing yesterday with William and Prince Harry on World Mental Health Day, and a few days after her and William's eight-day tour of Canada with their children. While in the Netherlands, Kate will spend time hosting a round-table discussion at the British ambassador's residence in The Hague with two of her charities, the Anna Freud Centre and Action on Addiction. Later on, she'll also visit the city of Rotterdam to see Bouwkeet, an initiative in an economically challenged district that aims to provide a workspace for creative design and technology. Not a bad start to her monumental visit!