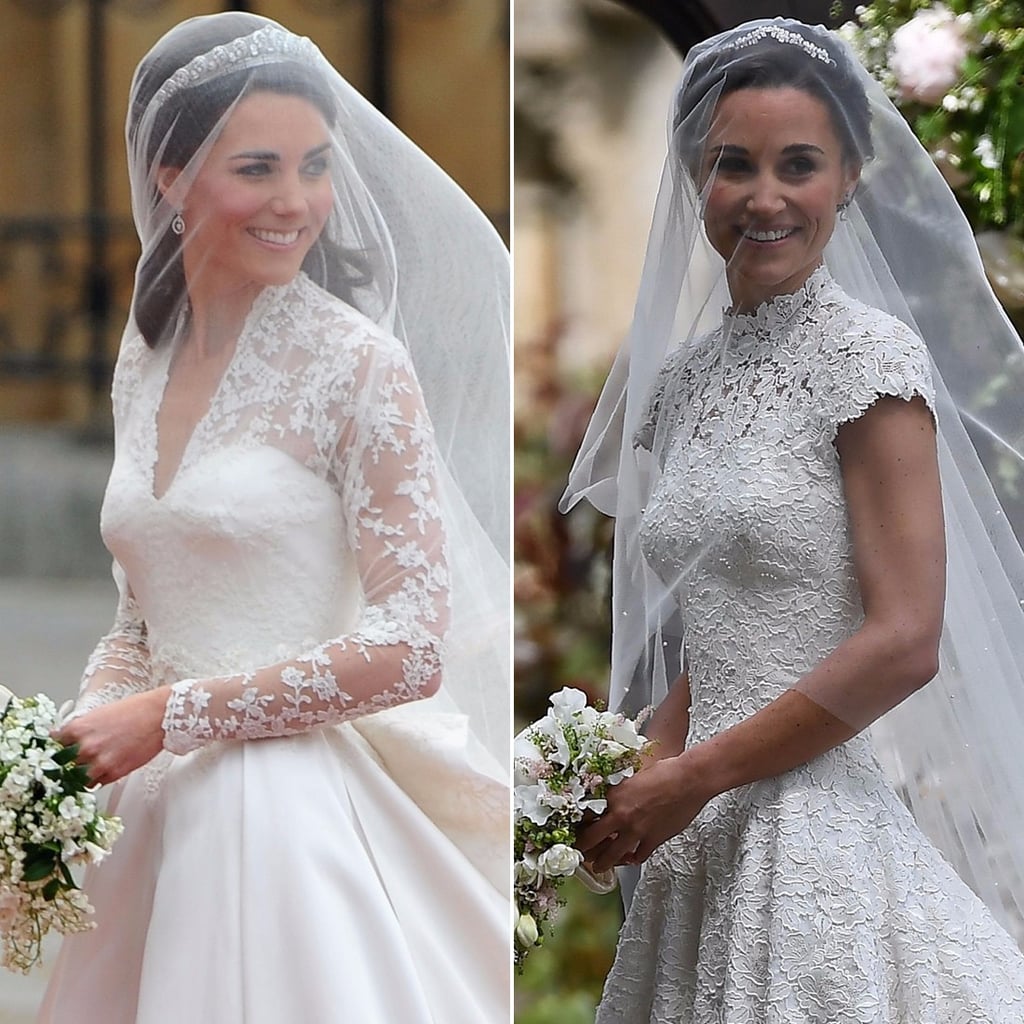 See Kate and Pippa Middleton's Sweetest Wedding Moments, Side by Side

Pippa Middleton married James Matthews in Berkshire, UK, on Saturday, and naturally, one of the esteemed guests was her older sister, Kate. While the duchess opted out of a traditional matron of honor role — reports said she didn't want to "upstage her sister" on the big day — she did fulfill sweet sisterly wedding duties, like tending to the bride's Giles Deacon gown, fixing her veil, and wrangling all the tiny page boys and flower girls, including her own two kids, Prince George and Princess Charlotte.

Pippa's ceremony comes just over six years after she became the breakout star at Kate's royal wedding to Prince William. Kate's appearance instantly reminded us of Pippa's back in 2011 — of course, Kate's beautiful rose-colored Alexander McQueen look doesn't quite rival Pippa's curve-hugging bridesmaid gown, but her loving looks and doting interactions are definitely the same. From arriving in style with their father, Michael Middleton, to sharing kisses with their grooms, once you see photos from both weddings side by side, you'll see what we mean.