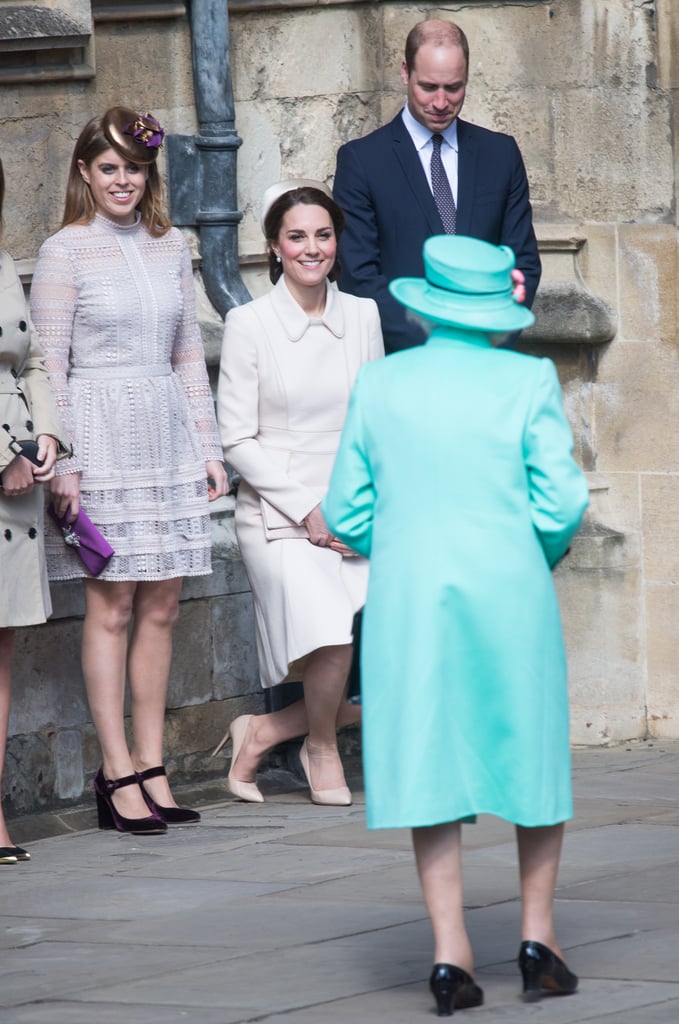 Kate Middleton and Prince William emerged for their annual Easter church service in Windsor, England. The royal couple was joined by Queen Elizabeth II, Prince Philip, Princess Eugenie, Princess Beatrice and Prince Edward as they made their way into St. George's Chapel. Dressed in a cream coat and matching hat, Kate curtseyed the queen, and William bowed to his grandmother, who kept things festive in a bright teal coat. According to royal etiquette rules, Kate's curtsy and William's bow means that it was the first time in the day that they had seen the queen.

Noticeably missing, though, was Prince Harry, who was visiting Meghan in Toronto. The couple was laying low over Easter weekend after a busy few months of traveling together. In January 2017, Harry whisked Meghan away to see the Northern Lights in Norway, and two months later, the duo met up in Jamaica to watch Harry's childhood friend, Tom "Skippy" Inskip, get married.