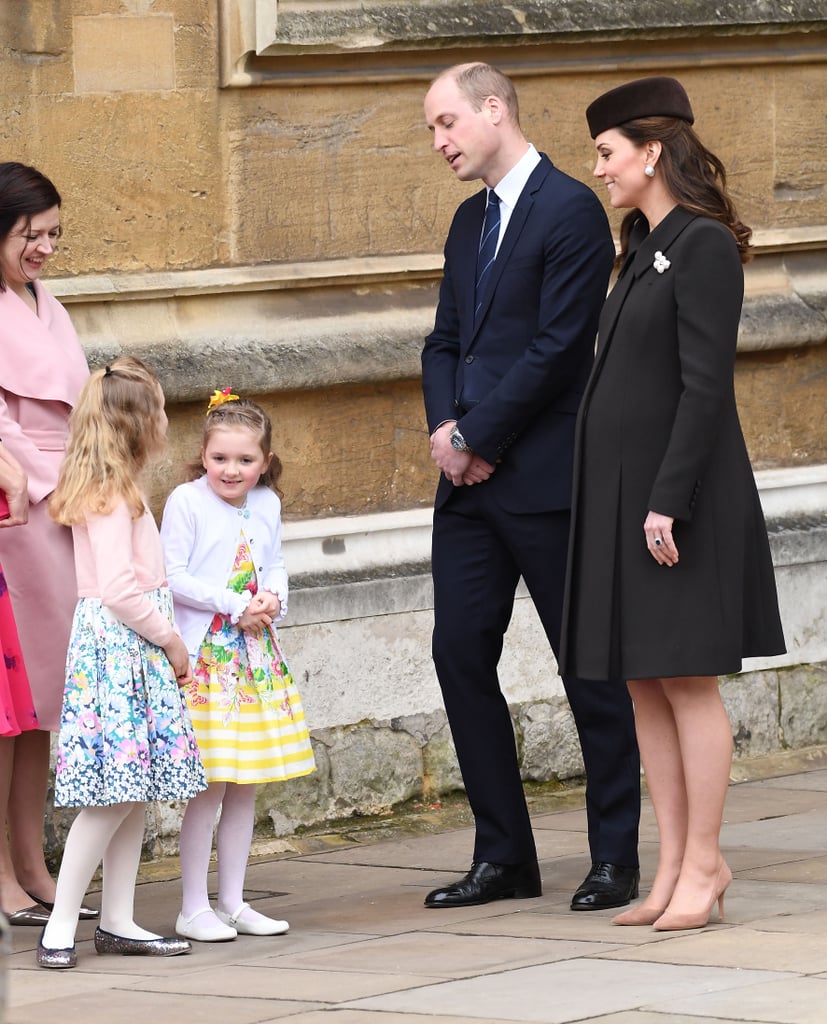 Kate kept things simple dressed in a black coat and matching hat with tan heels and a matching clutch for a pop of color as she and her husband stopped to chat with Madeline Carleston and Amelia Vivian, two 6-year-old girls whose parents reportedly work and live in the castle. Madeline and Amelia's parents told reporters that Kate revealed her two children, Prince George and Princess Charlotte, was definitely in the Easter spirit, sharing that they "had been on an Easter egg hunt on Sunday morning."

Related:
Is It Just Us or Do Prince William and Kate Middleton Look More in Love Than Ever?

Noticeably missing, though, was Prince Philip, who has been experiencing some "trouble with his hip" as of lately. Also absent were George and Charlotte for the second year in a row. Harry and his fiancée, Meghan, also skipped the service due to their previous engagements, People reports. Read on to see more photos of Kate and William's latest appearance before the arrival of their third child later this month.