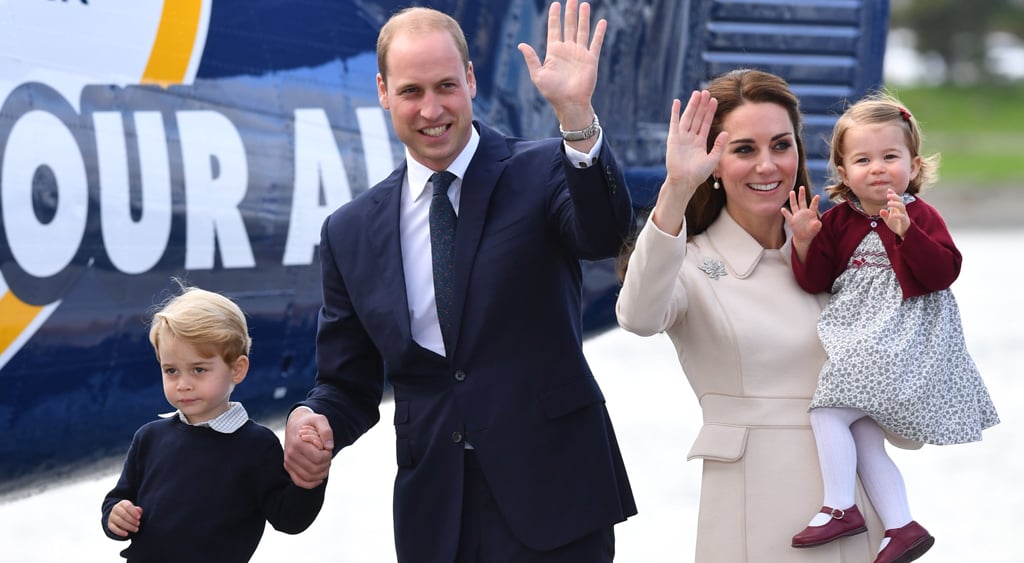 With a new year comes new beginnings — just ask Kate Middleton and Prince William. People is reporting that the royal couple, along with their two kids Prince George and Princess Charlotte, are moving back to Kensington Palace in London come 2017. The family has lived in Amner Hall for the past three years, and is planning on making Kensington Palace their full-time home. Several outlets are also reporting that Prince George, who has been attending a Montessori nursery school near his Norfolk home, will be following in his dad and uncle Harry's footsteps and enrolling at London's Wetherby School.

Prince William's job as an Air Ambulance Pilot with the East Anglia Air Ambulance is also up in the air, since his two-year contract is up in March, and it's still unclear whether or not he'll be able to balance the job with his new royal duties. Next year is shaping up to be the year of changes for the royal family.