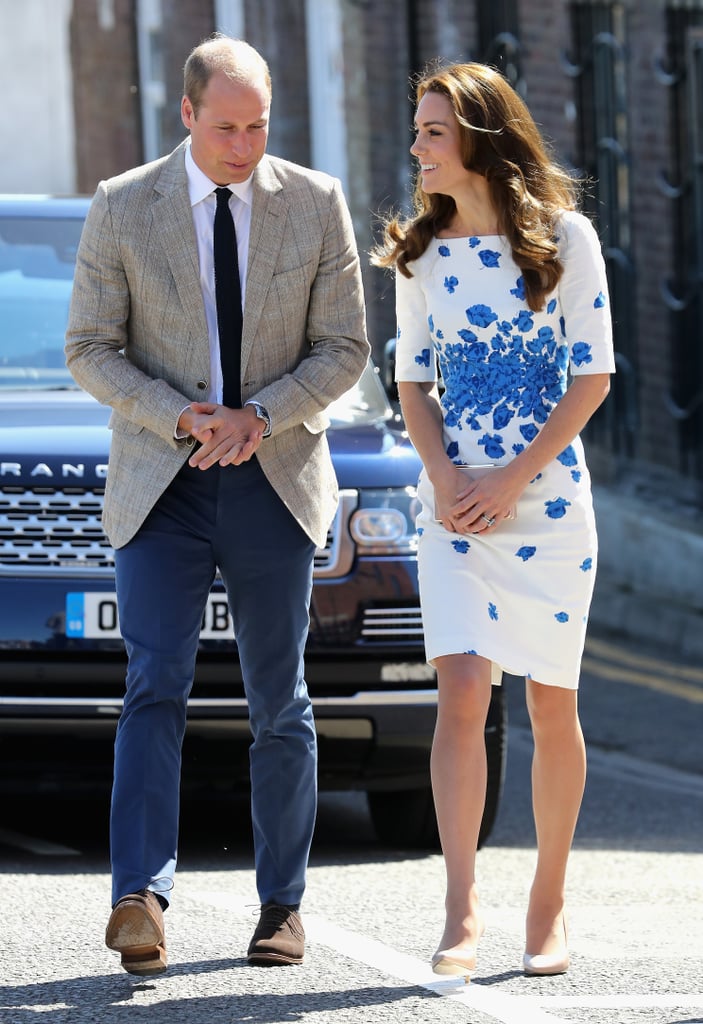 Just when you think it's impossible for Kate Middleton and Prince William to have yet another picture-perfect outing, they go and prove the world wrong. The couple, who tied the knot in 2011, looked like newlyweds when they stepped out in Luton, England, on Wednesday to visit Youthscape, an organization dedicated to the mental health and emotional well-being of young people across faith groups in the diverse community. During the outing, Kate stunned in a white dressed with blue poppies (she previously wore it while in Australia in 2014), while William looked dapper in navy blue pants and a suit jacket. They exchanged a few cute glances before making their way inside, where William showed off his video game and pool skills. The visit was the latest step the couple took to raise awareness for mental health. Kate and Will, along with Prince Harry, previously set up the mental health campaign Heads Up.