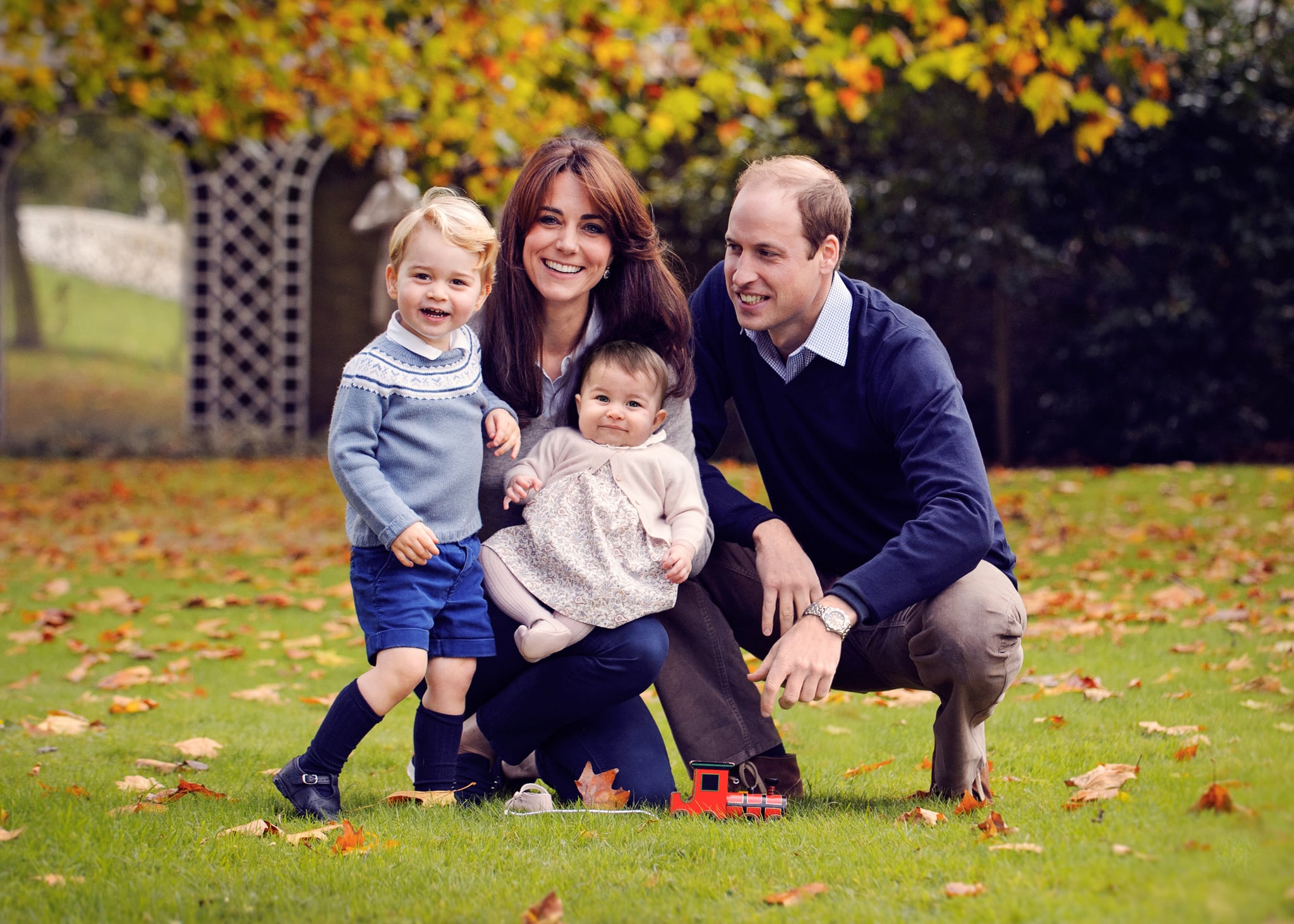 Kate Middleton and Prince William brought their kids, Prince George and Princess Charlotte, for a fun day in the country near their Amner Hall home over the weekend. Onlookers spotted the royal family of four taking in the Houghton Hall International Horse Trials on Saturday, where they were joined by close friend James Meade, who is one of Charlotte's godfathers; William ate food from a paper plate and held on to 2-year-old George, and Kate alternated between wiping food from her toddler's mouth and cradling 1-year-old Charlotte in her lap as they watched the event. A source told People, "They sat with the kids by the grass beside the lake with all the public. They were literally just having an ordinary day out, sitting on the grass in jeans," adding, "Charlotte was running around. She's little but she's a good mover!"

Their afternoon is just the latest in "normal" moments we've seen from the royals, including Kate's recent jeans-and-sneakers moment after her sailing lesson at the Portsmouth docks. Also on Saturday, William competed in the Audi Polo Challenge with his brother, Harry, and showed off some rather impressive yoga stretches in preparation. What will they do next?