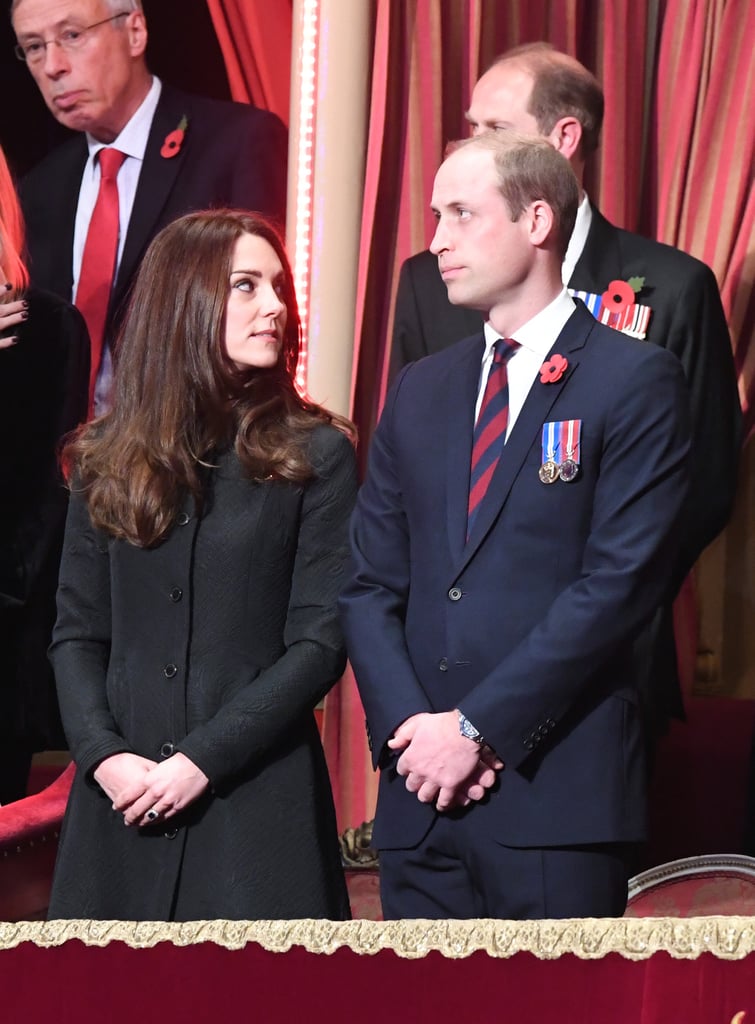 Following her solo outing in London, Kate Middleton attended the British Legion's Festival of Remembrance with Prince William at the Royal Albert Hall in London. The royal couple was joined by Queen Elizabeth II, Prince Philip, and the Duke of Edinburgh, and sported red poppies as a symbol of remembrance and hope. The annual event takes place every year before Remembrance Sunday, and honors fallen soldiers and raises money for the Armed Forces community.

Unfortunately, Prince Harry wasn't in attendance this time around, but earlier in the day, he was spotted at a rugby match between England and South Africa with Princess Charlene of Monaco.