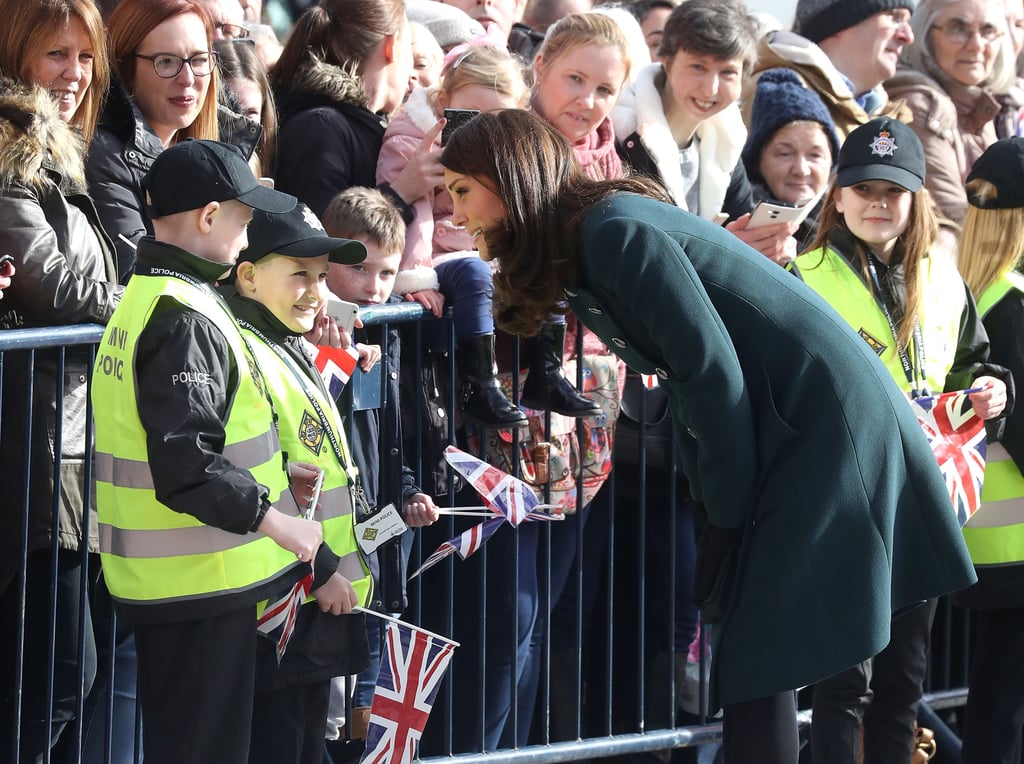 After a glamorous night at the BAFTA Awards, Kate Middleton and Prince William stepped out for another royal engagement on Wednesday. During a trip to Sunderland, England, the Duke and Duchess of Cambridge visited The Fire Station, an old building that was recently converted into a music and arts hub. After meeting with adorable mini police officers, Kate and William were entertained with dance, music, and theater performances. The royal couple then learned more about how the center has been benefiting young people.

The beginning of the year has been a busy one for the couple. The two recently returned from their tour of Norway and Sweden, Kate hosted a reception for the Commonwealth Fashion Exchange, and William recently went on an action-packed outing. And it doesn't look like their schedule will be slowing down any time soon. Kate is currently seven months pregnant with the couple's third child, and they'll have to attend not one but two royal weddings. Keep reading to see all of the charming photos from their latest appearance ahead.