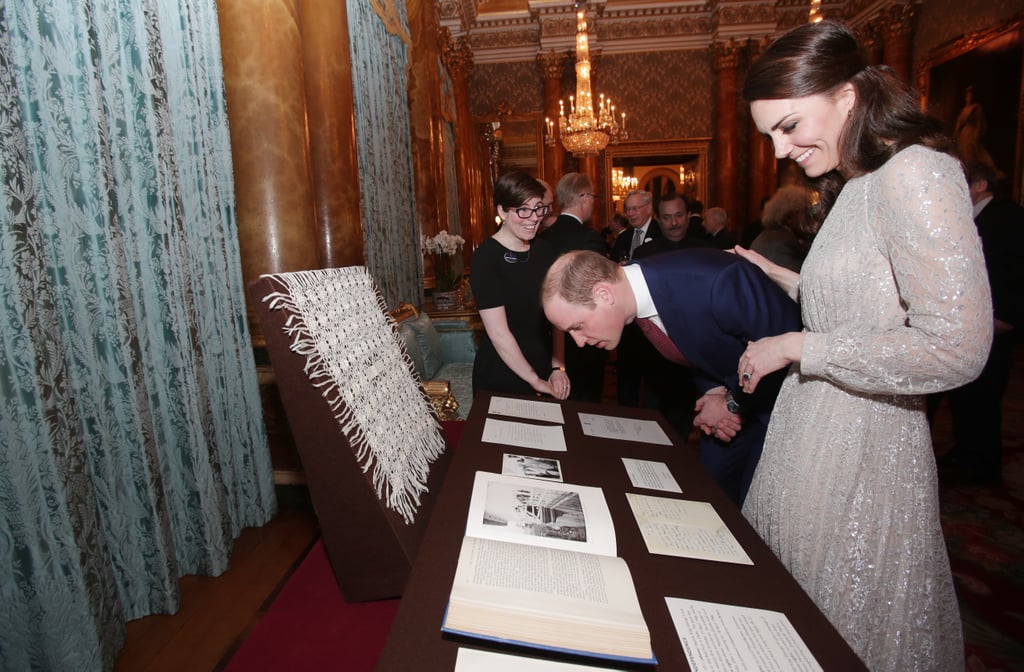 It's been a busy month for Kate Middleton, what with visiting young RAF Air Cadets and participating in a philanthropic foot race, but the duchess isn't slowing down just yet. On Monday, Kate stepped out with Prince William for a reception at Buckingham Palace in London to mark Queen Elizabeth II's launch of the UK-India Year of Culture. Dressed in a shimmering Erdem dress, Kate mingled with several Indian representatives at the event, which included finance minister Arun Jaitley. The program is one of the many patronages Kate is involved with, and aims to strengthen the cultural ties between both counties and celebrates the 70th anniversary of India's independence.