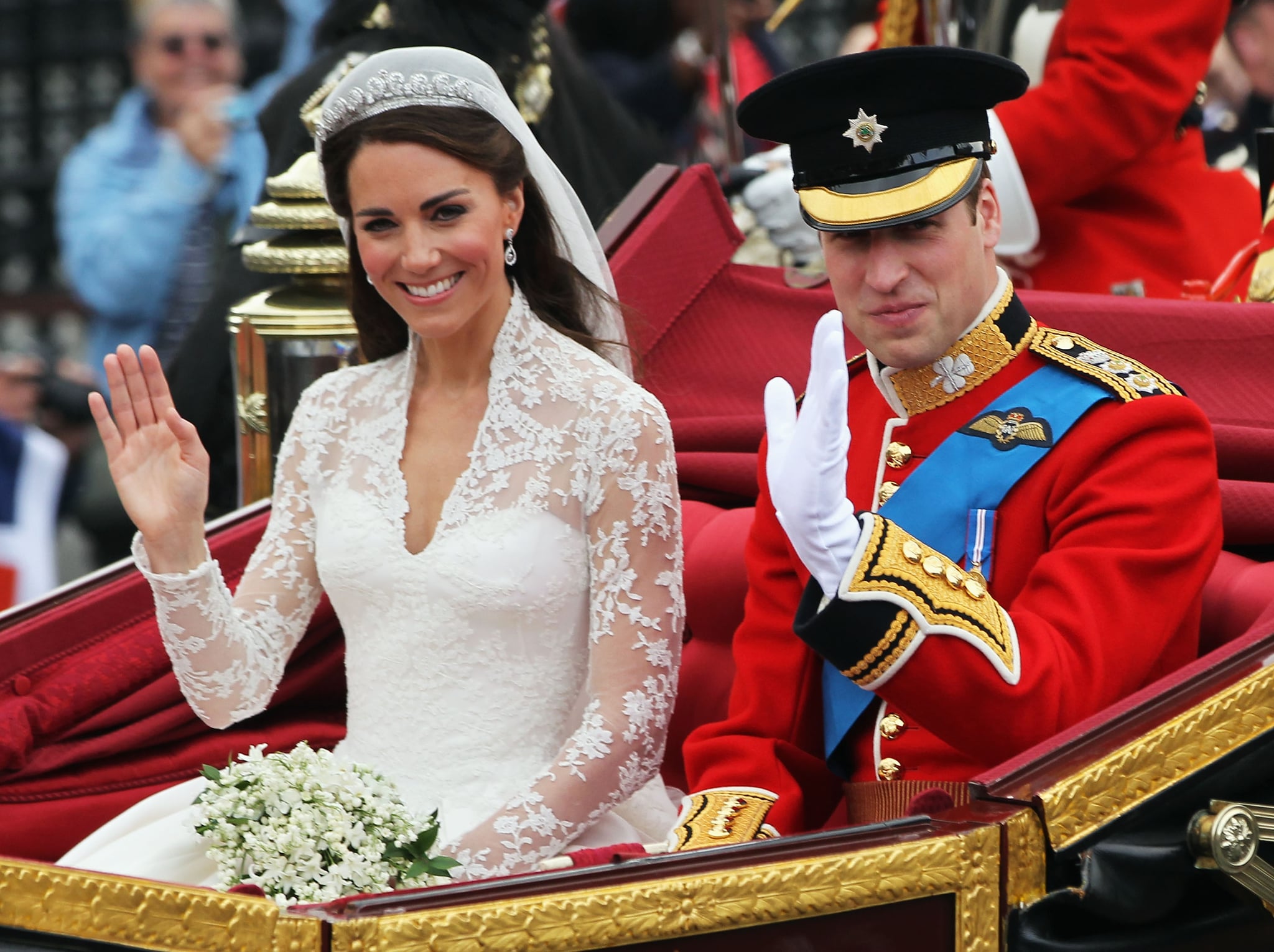 Kate Middleton and Prince William will be celebrating their sixth wedding anniversary on April 29. Even if you are familiar with Kate's breathtaking Alexander McQueen gown, the couple's balcony kisses, and heartwarming wedding vows, there are probably still a few tidbits you may not know about their big day. Read on to find out what they are.