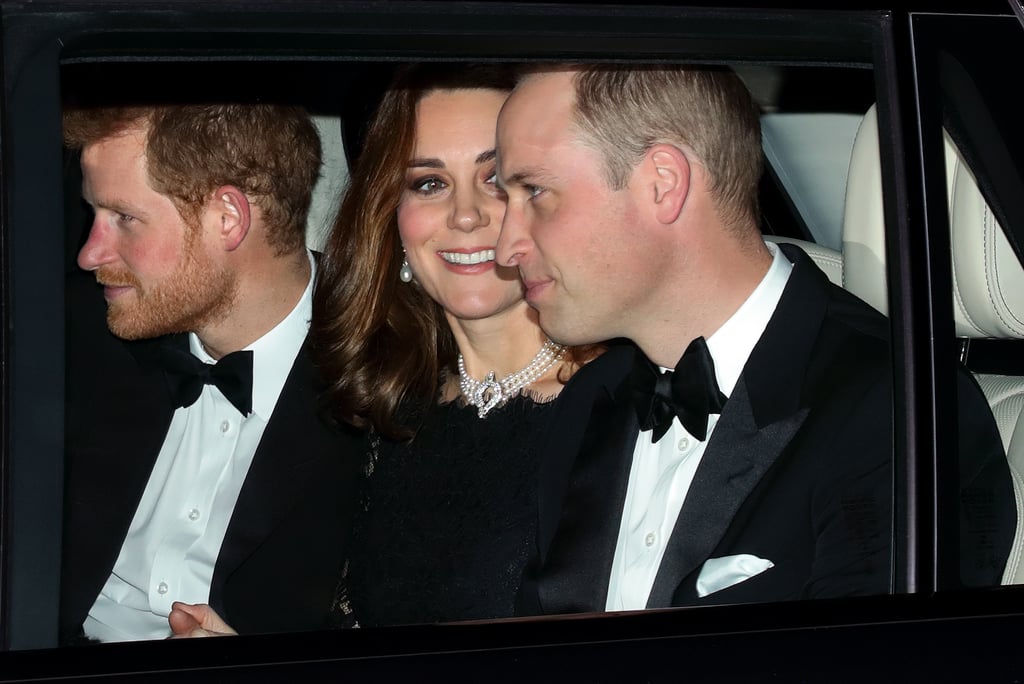 Kate Middleton and Prince William made a sweet appearance together for a royal gathering. The couple, who is currently expecting their third child, was joined by Prince Harry as they made their way to Queen Elizabeth II and Prince Philip's 70th wedding anniversary dinner at Windsor Castle. While the royal brothers looked dapper in their tuxes, it was Kate who really stole the spotlight. Aside from wearing a beautiful black lace dress, the duchess paid special tribute to the queen by borrowing her pearl choker, which was also worn by Princess Diana in 1982.

While Kate stayed out of the spotlight during the beginning of her third pregnancy, due to her severe hyperemesis gravidarum, she has slowly resumed her royal duties in recent months. Aside from giving us a glimpse of her growing belly during a charity gala and honoring fallen soldiers on Remembrance Day, she also opened up about her children Prince George and Princess Charlotte while promoting children's mental health at the annual Place2Be School Leaders Forum in London.