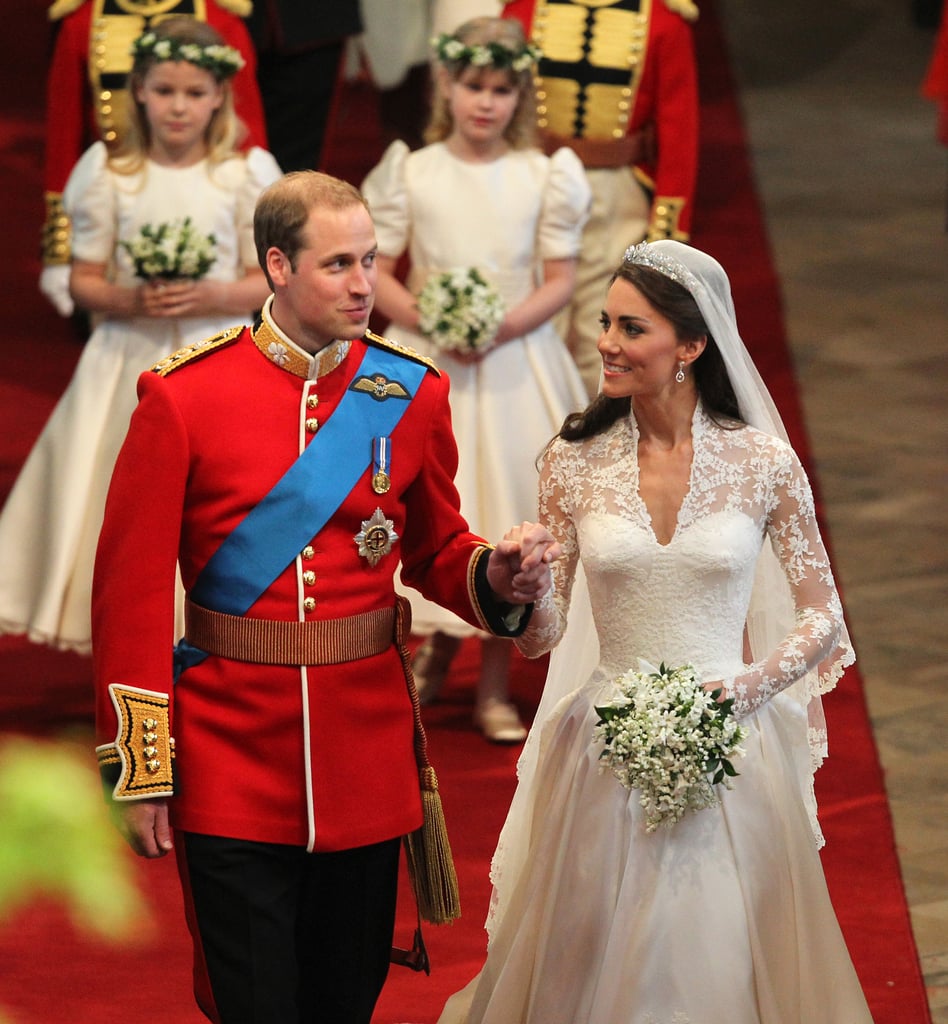 Prince William and Kate Middleton are living a real-life fairy tale, and it's not just because they're part of the royal family. After meeting at the University of St. Andrews in Scotland, where they were living at the same residence hall, the two fell head over heels for each other. Even though they took a brief break from 2007 to 2010, they eventually got their happily ever after (or at least their happy beginning) when they tied the knot in one of the biggest and most newsworthy weddings of our generation in April 2011. Six years and two children later, the pair still have that look of love whenever they're together. While they have had a number of sweet appearances over the course of their relationship, we can't help but notice the way Kate smiles at Will when he isn't looking. See the duchess's most royally in love moments ahead.