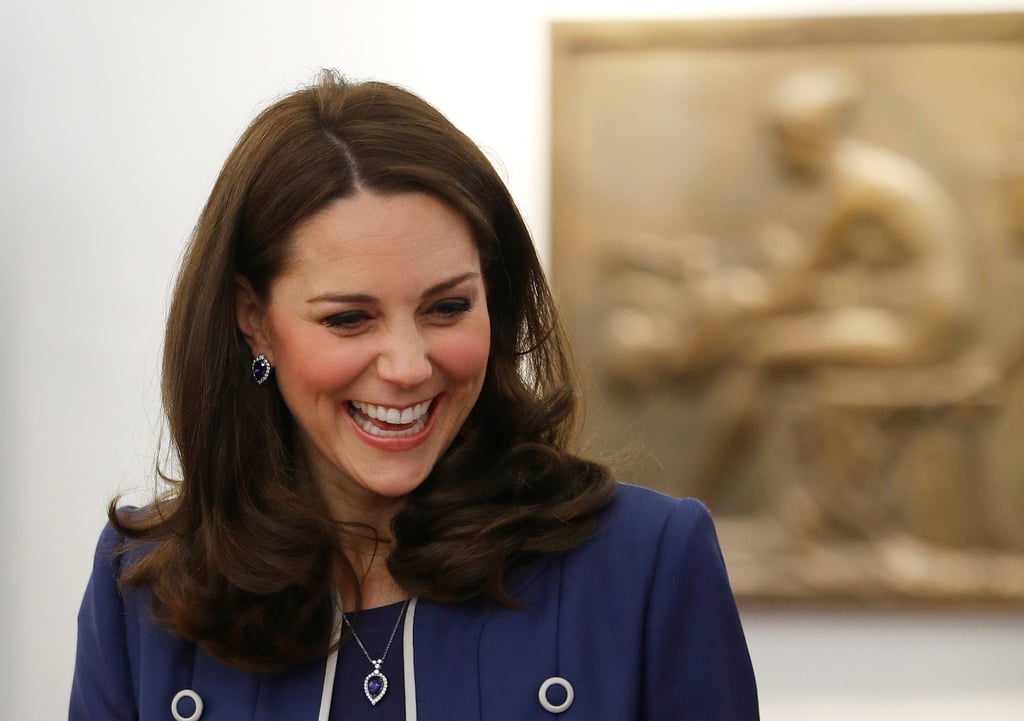 Kate Middleton is All Smiles as She Receives a New Patronage

Kate Middleton was a vision in blue on Tuesday as she visited the Royal College of Obstetricians and Gynaecologists to officially be named its royal patron. She is only the second patron in the RCOG's 89 year history, and her first job was to join a round table discussion on tackling the stigma around women's health and maternal mental health. Professor Lesley Regan, President of the college, also presented Kate with a certificate to celebrate her new role. The duchess, who is expecting her third child in April, was all smiles as she attended the event.

The duchess is particularly devoted to charities and organizations that focus on mental health, especially in children and mothers. As well as this new role, she launched Heads Together with Prince William and Prince Harry, and she is also royal patron of Place2Be, and recently filmed a video with them for Children's Mental Health Week. This is clearly a cause that is particularly close to her heart.