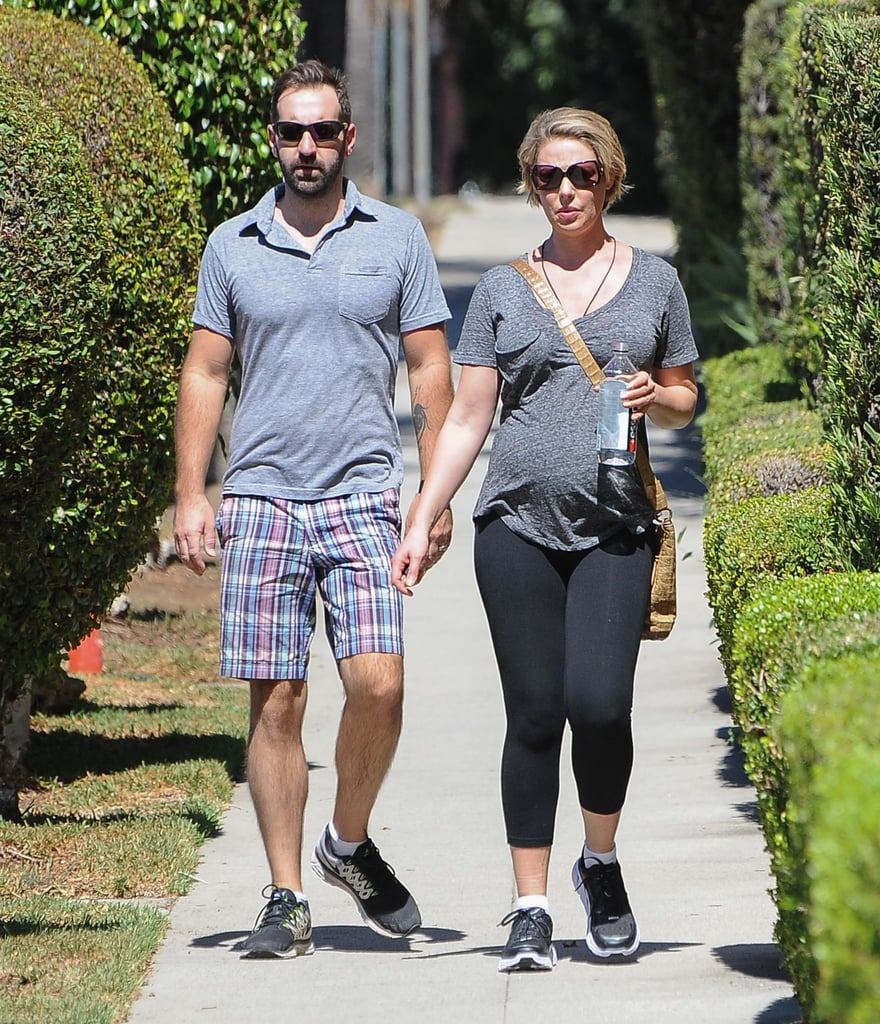 Katherine Heigl and her husband, singer Josh Kelley, announced in June that they're expecting their third child together (a boy!), and the actress has appeared to enjoy every step of her pregnancy so far. During a stroll around sunny LA on Saturday, the Doubt star showed off her growing baby bump as she made her way around town with Josh. The outing is just the latest glimpse we've gotten of Katherine's baby bump so far. After hitting the red carpet with Josh in August for an insanely sweet appearance, she took to Instagram in September to share a snap of her bare belly with her fans. Katherine and Josh are already parents to their two adopted children, Naleigh, 7, and Adalaide, 4.