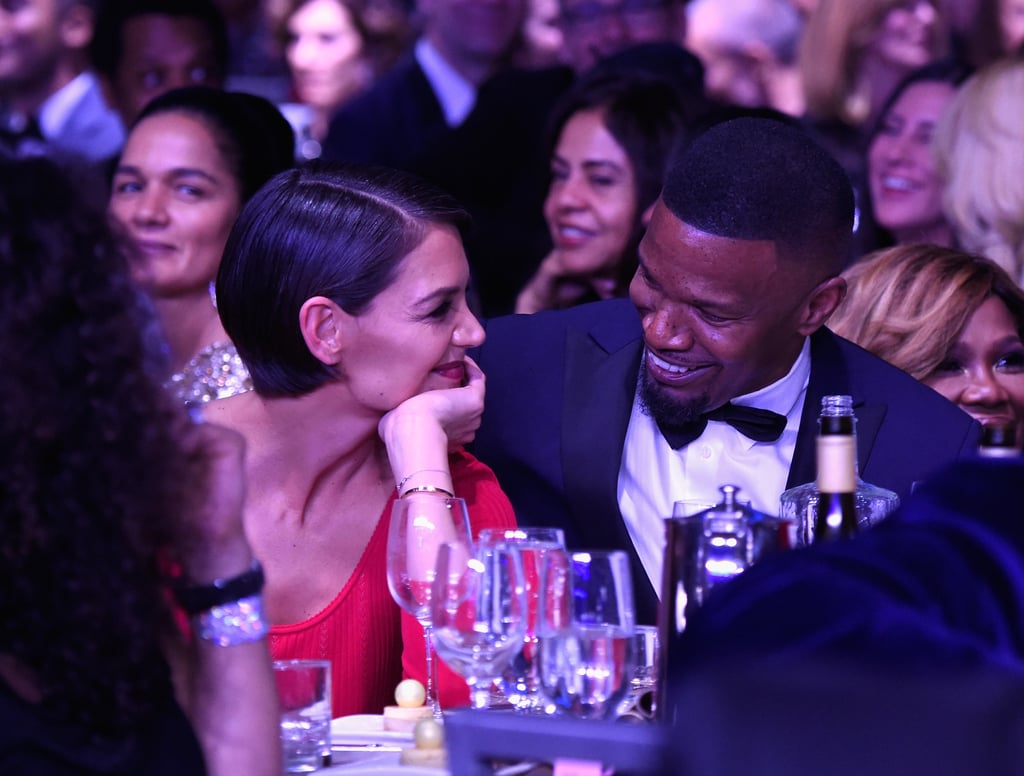 Katie Holmes and Jamie Foxx have been quietly dating since 2013, but they seem to be getting more and more comfortable showing off their romance. While neither Katie nor Jamie have officially confirmed their relationship, their recent outings pretty much speak for themselves. In September 2016, the couple was spotted holding hands while walking on the beach in Malibu, CA, and three months later, Katie stepped out to support at Jamie's store opening in NYC, just days before she helped him ring in his 50th birthday. The couple also linked up at Clive Davis's annual pre-Grammys bash this month, where they just couldn't seem to take their eyes off each other. We can't get over how happy they look together!