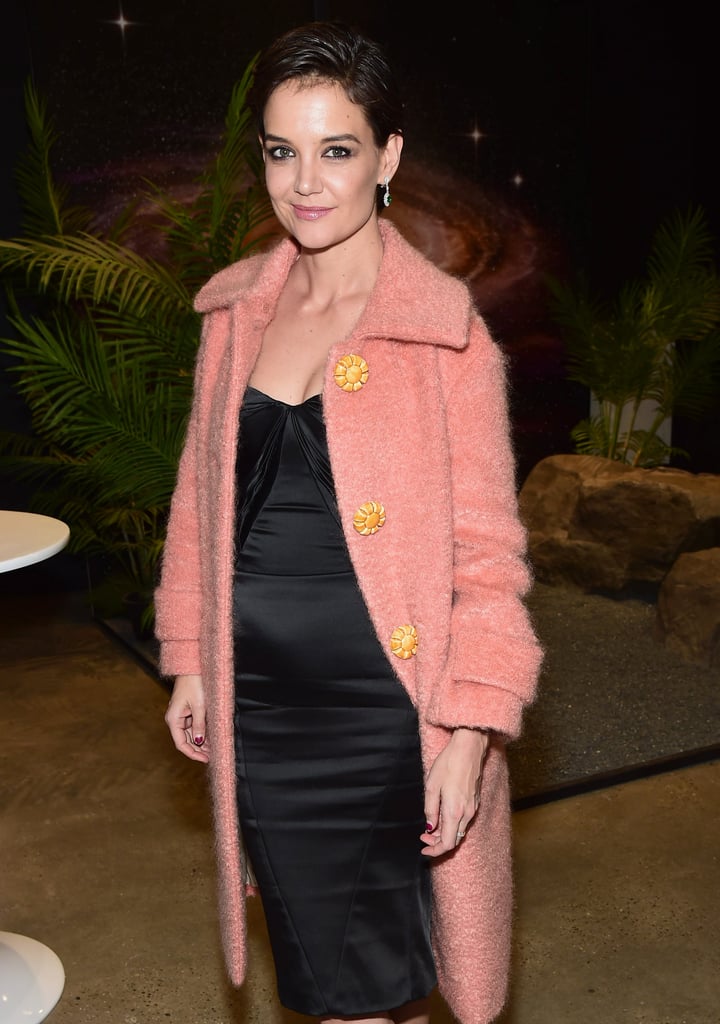 Katie Holmes and Jamie Foxx may have finally confirmed their much-speculated-about romance with a PDA-filled beach date back in September, but that doesn't necessarily mean the couple is ready to go public just yet. On Monday night, Katie stepped out to support Jamie at the opening of his Prive Revaux eyewear store in NYC. Even though the couple arrived separately and steered clear of any PDA this time around, both Jamie and Katie appeared to be in good spirits as they flashed smiles and posed for pictures.

Rumors of a romance between the two first started swirling in 2013, and even though the pair has yet to officially confirm them, they've been spotted together on multiple occasions and have even been photographed holding hands. I don't know about you, but I am so here for this.