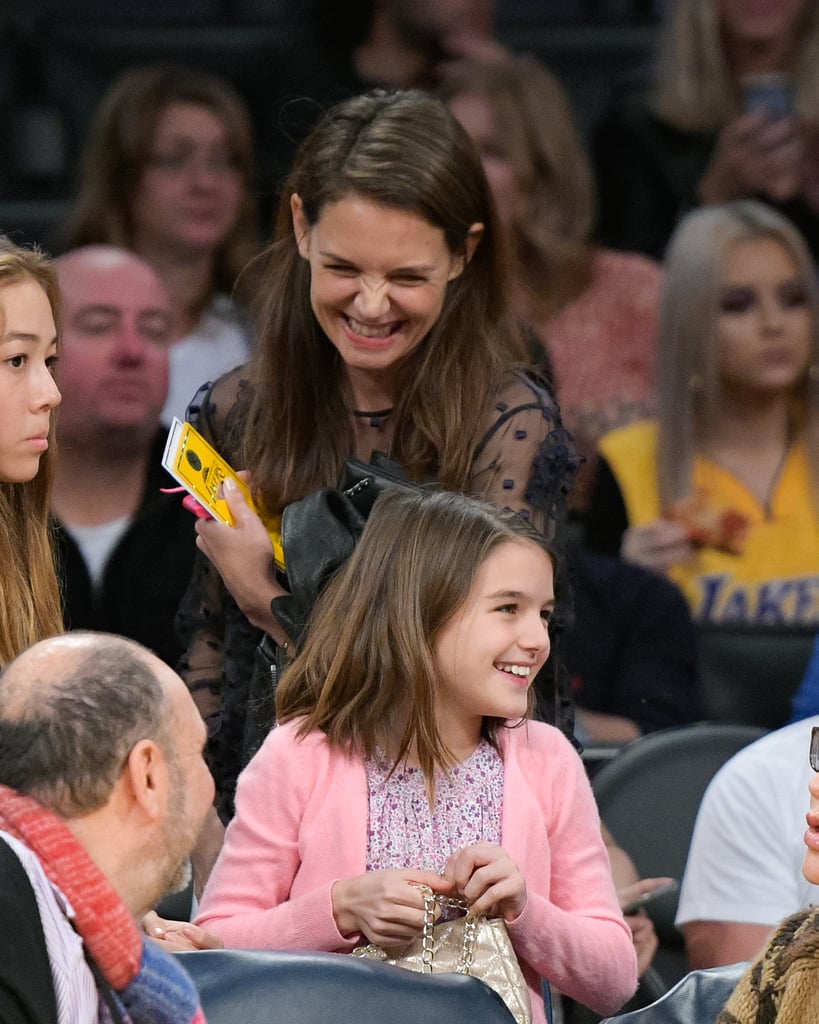 Suri Cruise looks more and more like mom Katie Holmes by the day. A few weeks after celebrating Katie's 38th birthday, the adorable pair hit the Staples Center in LA on Sunday with some friends to watch the Lakers take on the Detroit Pistons. Although Katie keeps her life with Suri rather private, she and her 10-year-old daughter never miss a big game. They notably attended a few of the March Madness games last year, where they watched the Notre Dame Fighting Irish take on the Stephen F. Austin Lumberjacks. Despite the Lakers' loss on Sunday, Suri and Katie were all smiles while sitting in the stands and chatting with fellow fans, proving once again that they're one of Hollywood's cutest mother-daughter duos.