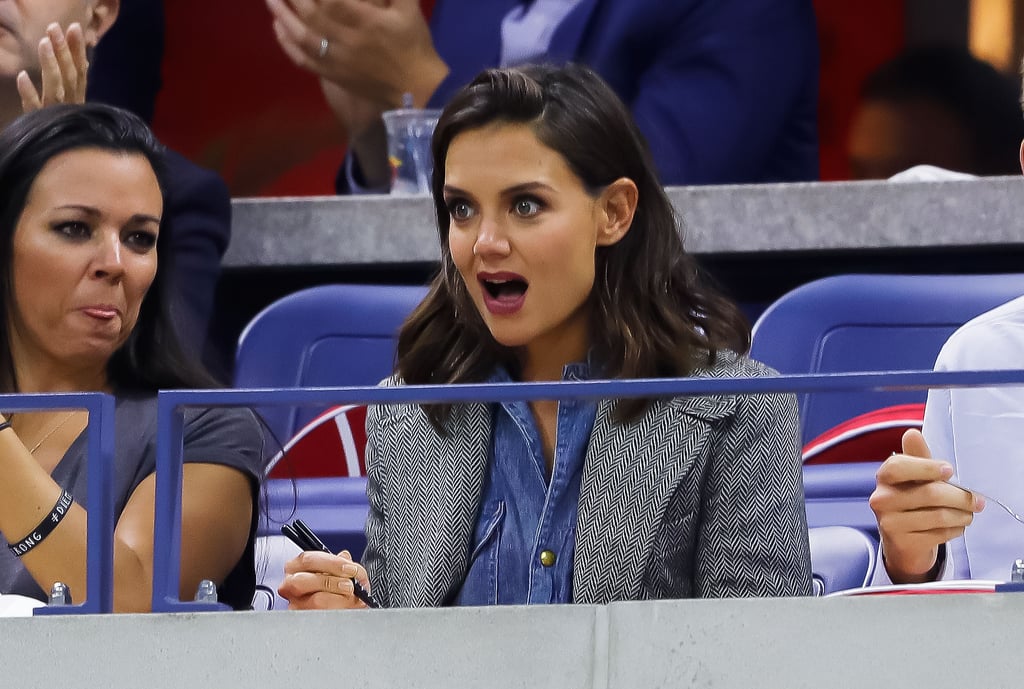 Katie Holmes has many reasons to smile these days; she has a beautiful bond with 11-year-old daughter Suri Cruise, she has a new movie on the way, and after much speculation, she finally went public with her romance with Jamie Foxx. All of that is perhaps why she appeared to be in such a good mood at the US Open Tennis Championships in NYC on Thursday. The 38-year-old actress sat in the stands of the Arthur Ashe Stadium and got extremely invested in the match between Venus Williams and Sloane Stephens — who knew Katie was such a big sports fan? Katie went through a wave of emotions, including gasping and cheering, and at one point, it even looked like she was ready to make her way down to the court. You honestly just have to see the pictures for yourself.