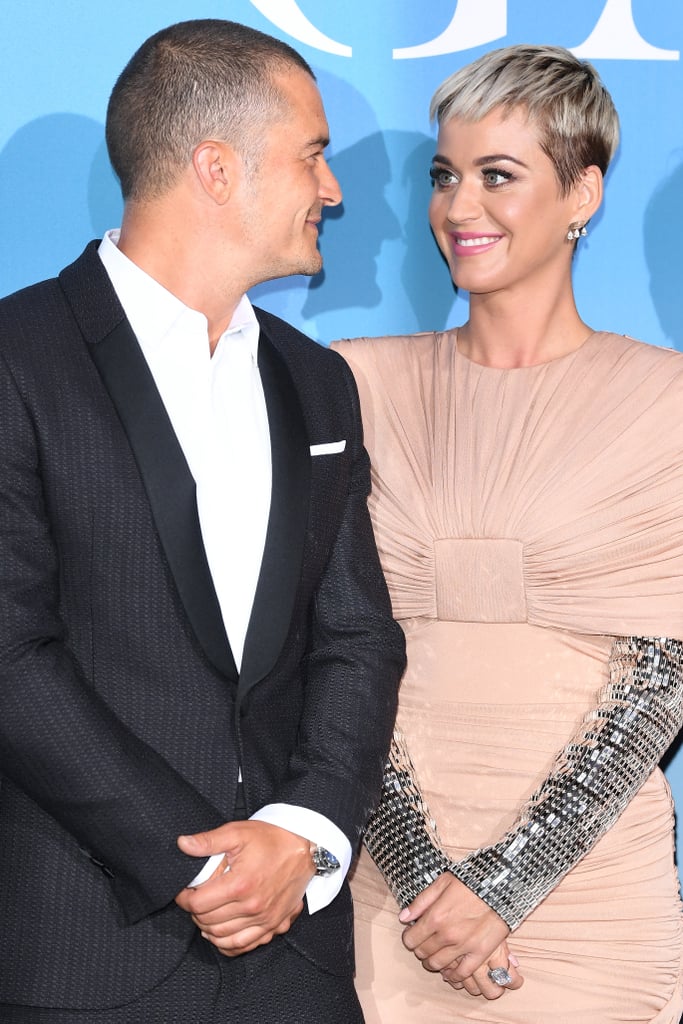 Well, it finally happened — Katy Perry and Orlando Bloom made their red carpet debut as a couple at the Global Ocean Gala in Monaco on Wednesday. The pair — who has been dating on and off since 2016 — dressed to the nines as the attended the charity event, which was hosted by Prince Albert II. The royal was, of course, accompanied by his beautiful wife, Princess Charlene, and the two joined Katy and Orlando on the red carpet for pictures. Not only did the soirée mark Katy and Orlando's first red carpet together, but the actor was also a chair for the event along with Madonna, Goldie Hawn, and Eva Longoria.

Katy and Orlando first got together in January 2016 and dated for a little over a year before calling it quits in February 2017. However, their split was short-lived as they rekindled their romance earlier this year. Proof that sometimes giving it a second chance is worth a shot!