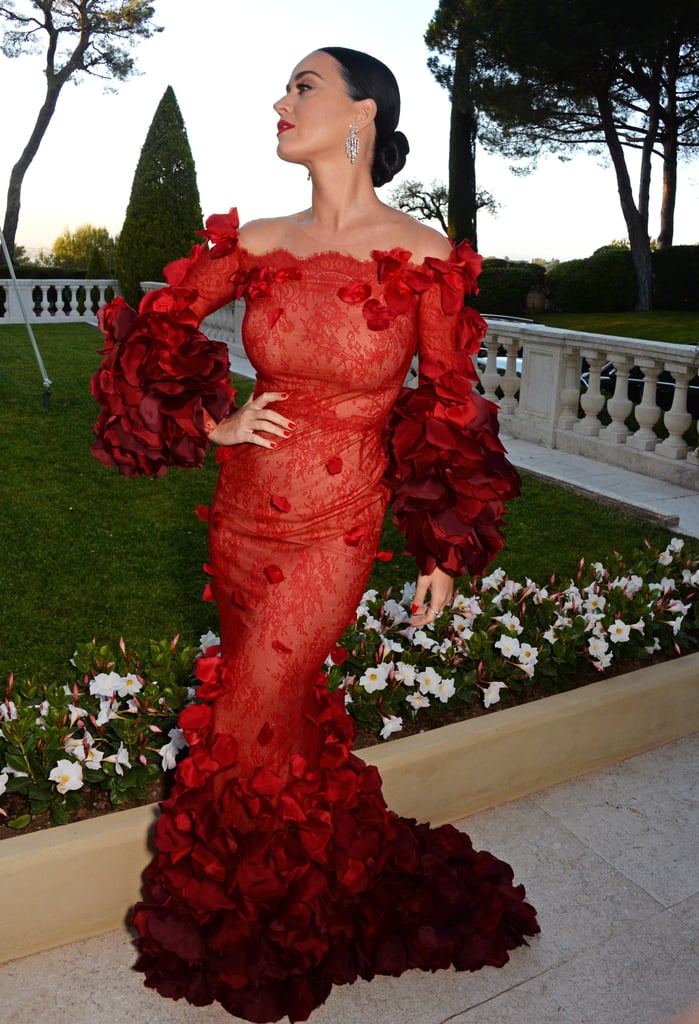 Katy Perry hit the red carpet at the amfAR Cinema Against AIDS Gala in Cannes looking like the actual human equivalent of the dancing lady emoji. The singer struck a series of poses for photographers and showed off her stunning Marchesa ruffled red gown in all its glory; nearby, her boyfriend, Orlando Bloom, also walked the red carpet, though the couple didn't stop for any snaps together. Katy and Orlando touched down in the South of France and were spotted soaking up the sun together on a friend's yacht. Their PDA-filled outing came just days after images surfaced of Orlando cozying up to Selena Gomez at a club in Las Vegas and Katy expertly shut down the cheating rumors on social media.